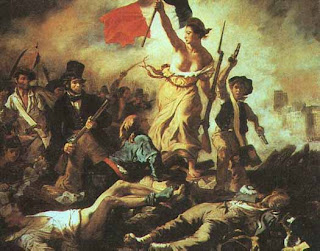 Most people who read this blog have already resigned to the notion that a clash between Enemies of Liberty and men who mean to be Masters is imminent with Patriots who mean to live at Liberty, and our individual fights will mostly be Local, Local, Local, rather than large formations fighting across large geographic areas in concert.

It is springtime.  The Citadel project and the III Arms project are both advancing better than we would have dared to hope just 8-9 months ago when we first began talking about protecting ourselves and building Tribe.  Improvements to the beachhead begin soon, and people following Miller and III Arms know how smoothly that part of the overall project is moving.  Very soon we will begin to look beyond the beachhead and to our final bastion of safety for the coming storm. 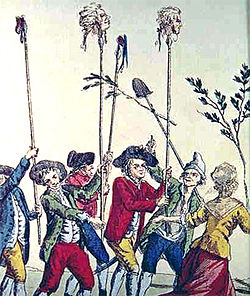 What about after the storm?  I'm not talking about Secessionists versus Constitutionalists versus Anarchists - I'm talking about that base Human desire for payback.  Revenge for having been financially abused.  Payback upon those who caused your pain, with either malice in their hearts, or simple disregard for your circumstances.  Vengeance.

Mischa Wolf was probably one of the most brutal and effective SpyMasters in history, and he died in the comfort of his own bed in Berlin 17 years after the wall fell, without ever paying for the injuries he had inflicted upon his Countrymen during his life at STASI.  In the chaos after the wall fell, East German citizens (in that peculiar German fashion of order and control) raided the STASI offices and determined who the Bad People were.  Yet, there were no public hangings, no mob justice. 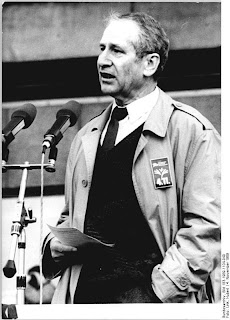 Compare the fall of East Germany and the fate of Mischa Wolf with most such occasions in history, and we see a different trend.  The Reign of Terror is the more common example.  People tend to get even on a personal level, with the people who actually did them harm (neighbors, local bureaucrats, local LEO, etc) before the "Rule of Law" eventually kicks back into play.  By the time the "courts" get to the process of prosecutions, most of the Bad People are already decomposing, as a result of personal payback.

What of America once the halls of Government are laid open to the hackers and the people who get into the file rooms, and it becomes known just how debauched many of our Countrymen had become, just how severe the injustices had been.  Americans have a split personality in our past as to how we conduct ourselves in conflicts with our own Countrymen.

As you make preparations for the storm, I would recommend that you also be ready for the aftermath, which I suspect will be more Reign of Terror than Turn the Cheek.  In many ways the aftermath is likely to be more dangerous than the storm itself.