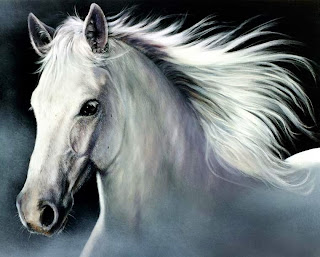 Pat Buchanan writes this week about the visceral disgust of those on either side of our current ideological divide regarding Rightful Liberty and the moral authority to take the fruits of one's labors for the benefit of another, by force if necessary.

It has been recently noted that the last time America was this divided and angry, 700,000 or so of our Countrymen died, at the hands of other Americans.  The population in 1860 was about 31 million people.  The 700,000 dead represent about 2.25% of the population.  Today, 2.25% would be roughly seven million dead.

America was a far more "civilized" people in 1860 than today, and far less-dependent upon technology to feed the country and keep disease and famine at bay.  It was far more "religious".  Many Patriots believe that a return to the core tenets of Christianity will be required for any attempts at Restoration to be effective.

I will remind you now of a prophecy introduced to me by Bill Nye just after a few of us sat with Glenn Beck: The White Horse Prophecy.

How do we connect the dots of these observations?  Are the dots even to be connected?

I have no idea.

But as I let the "big pictures" currently in play across America float across my mind, I can see how a few big chunks may fit together.  And like a tugboat moving an iceberg, it will only take a small number of True Believers (on either side of the fight) to move the world.

Here are a few points upon which I think most people reading this blog can agree: Our current tension level is higher than at the time the Civil War started, and to paraphrase CA: There's going to be a fight.  Most of us can agree that a return to the core morality embodied in Christianity (please note the distinction I made there) is an immediate existential imperative.  Most can agree that ridding the world of something genuinely "Evil" is killing, not murder, and carries no moral burden.

If you believe in individual, Rightful Liberty, then you are an impediment to the goals of Evil Men currently seeking to solidify their grip upon the control levers of society.  Do not take that lightly - these people think you are a threat to reaching their goals.  They intend to remove those threats.  You are already marked.  Your home has already been range carded, as has your place of work. your child's school, your spouses office, and the places you go to buy groceries and medicine.  Remember, they GPS'd your front door during the last census.  Do you understand?  You are the Indian, this time.  You are the Jew.  You are the Southerner in 1861.  You are marked for death.  Right now.

I hope you understand just how serious your enemies are about your removal.  They have gone so far as to put our Founding Fathers on the same list they use for "War Criminals" and "Terrorists" - and you know our "National Policy" regarding War Criminals and Terrorists, yes?

That is all for the moment.