The cost of a counter-revolution 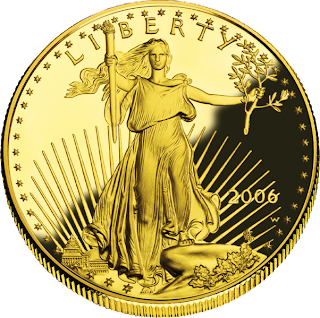 America would still be a colony of the crown if it had not been for wealthy men who were willing to finance activities of resistance.  It cost money for the simplest aspects of things like the Boston Tea Party.  It cost money to cover the expenses of printing papers and delivering missives and even buying beer and food for a roundtable of Patriots whispering of the subversions they would undertake the following day.  Buying weapons and powder and ball, boots and coats and the other essentials of a Revolution is an expensive proposition.  As we saw in Valley Forge and elsewhere, not enough men with money were willing to put it to use to support the men who were fighting for their Liberty.

We have, at most, a few motivated people who are financially able and willing to bring Mosby to town to train a small local team, or bring me to town to teach a weekend of CQB.  And we have very, very few of these people.  For the most part, every Patriot is left to his own devices to outfit himself.  Outfitting oneself properly is beyond many of our fellow Patriots, because kids need to eat every day and soccer fees need to be paid and medical bills are always there and without paying the rent or mortgage, the Patriot and family end up in a box under a bridge, able to help no one.

Even those Patriots who are able to modestly supply themselves face real-world limitations.  To properly be equipped for a year of strife requires vast quantities of weapons, ammo, parts, food, fuel, vehicles, medical supplies, and much, much more.  For one man to defend such a stockpile is a challenge unto itself.  As the average Patriot works to outfit himself, there is very, very little remaining to help finance things like radio ads, pamphleteers, gun show campaigns, and the other essentials of a propaganda program.  Many Patriots do everything they can - they toss $50 or $100 or a few hundred, once in a while even a thousand or few toward a specific activity.  But it is tough for them, it often means they do without something important on the home front.

It is simply important, right now, that men with means begin letting dollars flow into the work that is being done by the few Patriots on point.

If you know people in your social or business life that may be inclined to support the work of Patriots financially, consider approaching them.  If you have the ability and business sense to become a financial center, please consider taking on that responsibility.  The work that needs to be done simply will never happen if money doesn't begin to flow.  A half dozen men with means could send how many dozens of real Patriots to Mosby for training (or bring Mosby to them by covering his expenses and fees?)  How many Patriots could receive serious medical training?  How many safe houses could be staged?  How many small groups could begin networking beneath the radar if travel expenses were covered for trusted operatives to move from AO to AO?

Consider approaching honest and reliable Patriots like CA, or Sam Culper, or others who can take point and ensure the dollars go to activities that benefit the cause.  Personally, I am heading to Idaho and abandoning my national travels for several reasons, one of which is the expense.  From Idaho I hope to be able to create a center that can serve Patriots who make it to me.  But it is expensive.  The sacrifice to my annual income, compared to running my DC businesses, is huge.  I suspect several other people who wish to help by offer training (and other services for the cause) are equally hamstrung by lack of funds.

Think about it.  Someone with the means needs to take point, soon.