Why there must be a fight: Stockman considers Impeachment 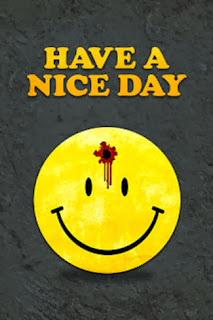 Congressman Steve Stockman is circulating a book to his fellow Representatives in an effort to lay the ground for Impeachment of the President.

This is the best example of why the only option on the table for Liberty is a fight.

Good Guys have a tendency to stay within the lines, to play by "the rules".  This is the default of all Good Guys.  There is a small subset of Good Guys who are realists and understand that the Good Guy gene must be set aside when dealing with Evil.

Congressman Stockman is seeking a non-violent Constitutional remedy to the predations of Evil Men, while those same Evil Men do not bind themselves with such rules.  While he seeks Impeachment (political assassination without violence), the Enemies of Liberty are already calling for State-authorized violence against people like Stockman.  Guess who will win on those terms.  You simply can't agree to box Mike Tyson with your hands tied behind your back.

The Enemies of Liberty are preparing to go hard, while Good Guys stay within 'the rules'.

This is why there can be no political solution to the threats facing Liberty.  Those who want to murder Liberty are willing to murder you, without remorse, to reach their goals.  They will not abide any political or legal remedy.

This is why saving Liberty will fall to that small subset of Good Guys who are willing to set aside the Good Guy gene and meet Evil on Evil's terms.  You need not become Evil to beat Evil, but you must be willing to play by Evil's rules:  Hit them firstest with the mostest, preferably from behind, at long range, in the dark, and sufficient cover to avoid detection and capture.

Agreeing to play by some artificial set of rules while your enemy does not is certain defeat.

Commit no malum in se violations of humanity, but everything else remains on the table.

Killing an Evil thing is not murder, and carries no moral burden.

Here's the Stockman piece, at the Daily Smug.

Use this information as you will.