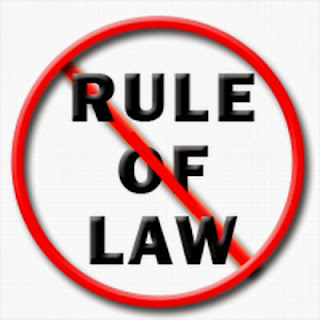 I am convinced that Rule of Law is dead in America.

Team Evil is murdering Americans by the thousands per year (I saw 5,000 LEO killings of civilians the other day, in the last year alone).  The optics are dropped.  Raw power rules, not reason or debate or logic.

So, my question is simple:

I added a poll at right in case you don't want to put your name on the line.

I also encourage people to answer in the comments section.

When Rule of Law is dead, civility is a death sentence for good people.