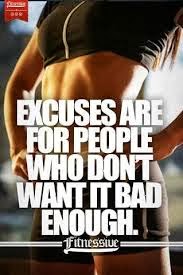 I've heard every excuse I think I can hear as to why no Patriot has made a move against an Enemy of Liberty, yet.

Before you say "You First", I'm almost ready. I have a wife to make as safe as I can before I go to work, then...

But let's face a few facts.  First of which is Hearts & Minds.  You are NEVER going to win the Hearts & Minds of the Left, and most of the FSA.  Not all of the FSA are useless - there is a modest percentage who will go to work when the restrictions of .gov are lifted.

Another group who will put Hearts and Minds firmly behind Liberty forces - the producers who watch their paychecks go from X withholding to zero withholding.

A huge number of roughnecks will support FreeFor when they stop having to worry about carrying an ounce of pot or a pistol under their jacket.

More supporters: Guys who want to go to the hardware store again and buy a Thompson SMG.

More Heart & Minds supporters - every single small businessman who never has to write another check to .gov, never has to give a reason for firing some useless jaggoff.  Homeowners who want to plant a garden in the front yard.  People who want to hold a yardsale without the yardsale police dropping by and stringing up police tape.  Parents of kids who want to open a lemonade stand.

For you folks who worry about Hearts and Minds, I encourage you to step back and reconsider what you think you know.  One of the keys, obviously, will be highly selective targeting and proper spin.  City LEO who have been murdering and abusing citizens in metros for decades will earn no tears by the folks living in cities.

These days, a LARGE number of suburban LEO will find the same lack of weepy civilians crying at their funerals.

And remember this most basic point, my .mil friends: Demoralizing the enemy does not mean you have to eradicate them.

What it takes is a man who is simply willing to go get it started.  Then it takes people who are good at messaging to explain why it is happening.  Then it takes more people joining in.

I am firm in my 1-week to Liberty estimate.

Now for a consideration too many don't think about: Money.  A 4-man FireTeam taking action in each state requires money.  They simply can't finance what assets they will need to get away from their own pockets.  Americans do not believe in suicide missions.  Before your Operator is going to go active he wants his family as safe as possible, and he wants the tools to make sure he can infil, do his work, and exfil without anyone being on his trail.