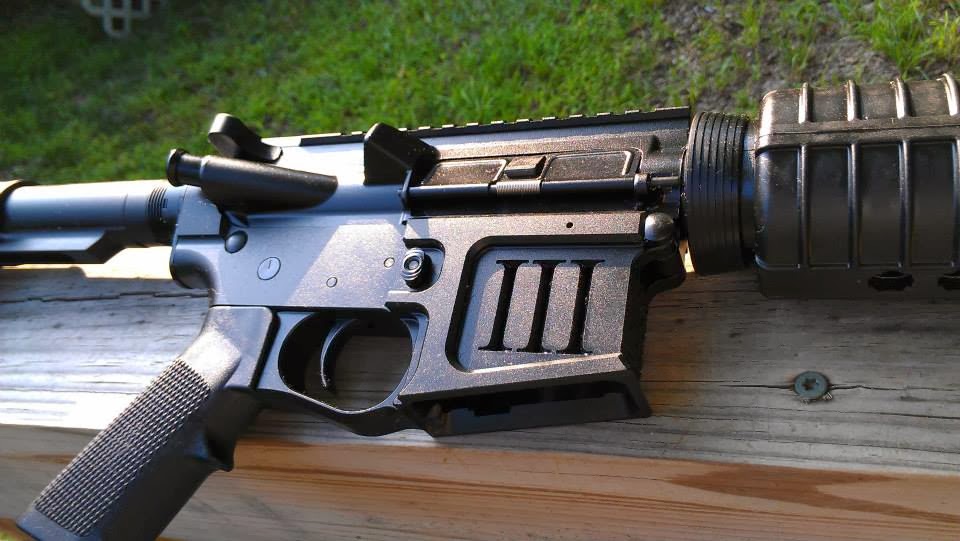 If you believe that only violence will permit you to return to a state of Rightful Liberty, I would suggest you buy your weapons from a company that does not sell to your oppressors: III Arms Company.  No .gov contracts.  No .gov sales to LEO in uniform.  No sales to LEO departments.

High quality Fighting Rifles and 1911 Pistols, prepared for any battlefield.  Built by an old-world craftsman, not an assembly line drone.

I have never built a 1911 from scratch, and I thoroughly enjoy sharing emails with Jim Miller and asking him questions about what he is doing, how he is doing it, why he is doing it.  After a few discussions you realize he is a perfectionist and he is not producing weapons that are simply "good enough."

Nearly every single piece going into the 1911 pistols he builds must be shaped and sized to match the pistol he is building.  Every parts manufacturer out there has minor variances, and these are not bucket-builds. Many companies are willing to let their pistols and rifles leave the building with their name on the side, headed to retail and eventually into the hands of customers without proper fitting of essential parts.   Quite frankly, their quality control standards are not sufficient for a weapon you will depend upon when your life is at stake.

"Good enough for government work" is a phrase that would probably start a fight in Jim Miller's shop.

If you are a serious III Patriot, you deserve a weapon built by Patriots, for you.

Visit the III Arms website.  Send Jim an email.  Tell him what you want and he'll tell you if he can help.

I have a personal interest in this as well: When I go to events and I see so many people wearing IIIGear, whether patches, hats, shirts - I want to see III Patriots also armed with III Arms.  That is the ultimate expression to our Masters that we will have Liberty, or we will have a fight.

I would expect that Jim will be raising prices soon.  The hours it takes to properly build at the quality Jim demands is significant.  When you buy a III Arms firearm, you are not buying a Norinco or other firearm with tolerances and sub-standard metals that invite malfunctions and break-downs.  You are buying tools of self defense and Liberty that will survive you, and your son, and his son as well.

The III is a timeless, proud, essential part of America.  Carry the best gear you can, you deserve it, and the man at your shoulder deserves to know your gear is reliable.

One final note: Remember, Jim Miller is not accepting a salary for this work.  The man is walking the walk.  He is a III Patriot, trying to provide his fellow III Patriots with the finest Fighting Weapons possible.  It's called III to III.  There is a lot of that going around, and Jim is doing his part to help you protect your family and Liberty.