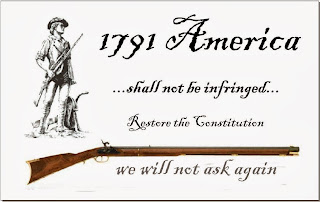 You happen to be an obstacle in a plan being implemented by the kind of people who will kill tens-of-millions of strangers and allies at a time and feel righteously, morally good about that deed and themselves the next morning.

2013 is behind us and any objective assessment has to conclude it was owned by the Communists.

That's my working definition of Communism, and please do not bug me with corrections.  I use the word Communist as a broad label because it is a word that still carries a negative connotation, even among our younger generations and because, at the root, the Evil that is challenging Liberty is to be found with Marx.  Yes, we all understand that the number of "true Communists" is very small, most people calling themselves Communists use it merely as a camouflage and tool to amass personal power.

American Liberty, Rightful Liberty, lost ground on every front of the polygonal battlespace in 2013.

We need only to glance at 2A as a litmus.

To my 2A allies who believe they won battles or gained ground, I am sorry but you are deluding yourselves.  California and New York are confiscating firearms, right now and your NRA and Law & Order buddies are standing in lines in Connecticut, as ordered, while grumbling and mumbling inaudible words about the Second Amendment - and most of them would leave their firearms at the registration point, if the unarmed clerk behind the desk ordered it so.  And don't even look at the Cluster Foxtrot that is Illinois.  These four states, as measured by their state and local governments and federal delegations, and most of their civilian populations, are solidly Commie Red.

The "Prohibited Persons" sphere is growing and as soon as ObamaCare gets ramped up, you can look for full implementation of the "Prohibited Persons" silliness to be extended in concentric, ever-larger circles, eventually to ensnare anyone who has ever taken an aspirin as "mentally deficient to own a firearm".  The "Not one more inch" plank of the 2A battlespace is the biggest liability to true recovery of 2A Liberty - because they do not mean to back up a single word of their hyperbole.  At least the poor bastards standing in line in Connecticut are intellectually honest about their submission.  The "OathKeeper" plank of the Liberty Movement is another massive liability and self-delusion for the same reason: They simply refuse to back up their threats and promises with legitimate action.  They promise they will not do X or Y, while doing X and Y and Z.

To my allies who are holding out hope that a Great Awakening is underway, please stop.  It is embarrassing and sad to watch.  Look to your left and to your right - that's who you've got (and many of them will fail to show at the muster point), and the number of people who want and will actually fight for Rightful Liberty will continue to decline, not increase.  Sorry folks, most of the people who actually want Freedom and Rightful Liberty are old and dying out of our ranks faster than we are adding new recruits.  This trend will not change before or during the Festivities, because, let's face the truth, there isn't enough time and most people do not want genuine Freedom or Liberty, and they will dime you or kill you outright if you try to make them accept the responsibility.

2014 forecast and suggestions:  Every III Patriot should be at Cooper Yellow every single moment, even when you are asleep, and ready to zip through orange to red in a heartbeat.  Your family should be ready for an emergency call all day, every day.  Every III Patriot should spend every waking hour cramming for the hands-on Practical Exam that is in our imminent future by personally learning as much as you can learn about the combat arts.  I do not mean only hand-to-hand - I mean every aspect of what will face you when SHTF from Intelligence to Comms to Medical to Hearts & Minds propaganda.  If you have been on a relaxed learning pace, you'd better drop every non-essential, non-combat-related activity from this day forth, and invest in skills that will improve your odds of living.  Anything you do not own that you think you may need - get it now.  When they shut off the money and/or the flow of goods/services, there will be no warning.

This is your warning.

We are on a clock, folks.  You and I have almost zero ability to influence that clock.  The Enemies of Liberty are working 24/7/365 and have tens-of-millions of minions working to implement their plan.  You fit in that plan - and not in the fun way.  They will be coming for you - whether they unleash a mob in your local major metro to rape, pillage and plunder, whether the dollar implodes and the grocery stores close, whether the pharmacies close as a brutal "new" flu races across the landscape, whether the electricity gets turned off in strategic areas - the "How" of it makes little difference.

You happen to be an obstacle in a plan being implemented by the kind of people who will kill tens-of-millions of strangers and allies at a time and feel righteously, morally good about that deed and themselves the next morning.

I expect a ramping-up of "events" through the year, isolated events that get harder and harder in tone, in intent, in violence as they begin to escalate the conditioning of the masses for what will come.  Then, sometime near or soon after the November elections, they will begin to go hard.

If you live in a city or suburb, even if you plan to stay in place, you need to have an E&E plan to get out of the opening round of whatever-the-hell is coming.  Once the first wave is receding, slip back into your city or suburban nest - quietly.  Don't meet the first wave head-on, force-on-force.  Let them kill and weaken one another while you reserve your energy and stores.  If you plan to get your family off the line of attack by getting physically removed from major metro areas and suburbs, do it as early in 2014 as you are able.

Consider every day remaining a gift if you do not have to implement your worst-case scenario plans.  Work your local HARD.  Never forget this ugly reality:  We will NOT vote our way out of what is coming, but a local political infrastructure is an absolute requirement.  Do everything in your power to make certain the best possible person is your local mayor and dog catcher, for when SHTF the people in many of those positions will play a role in how your life continues.  Local politics is essential.  Local Hearts & Minds is essential.  You are in a position to influence both.  Do it.

I do not expect anything horrible on a national scale until fall or later - but how the hell do I know?  The economy may implode at almost any moment - remember how fast everything began to lock up last time?  This time, they will freeze your digital dollars, they will demand you surrender your gold and silver.  They will not even play the pretense of trying to keep the system running.