LEO having a hard time finding Thugs to hire... 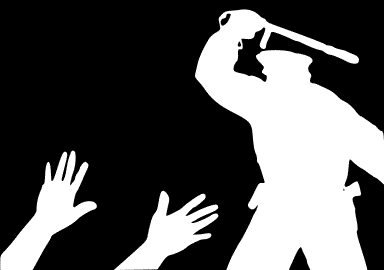 One of the primary complaints (and I can promise ANY small business owner reading this can confirm) most of the kids (18-24) who come in for a job interview intend to begin their careers in YOUR office, at MORE money than you earn, and advance from there.  And they could not find their arses with both hands, a map, and mommy in the room calling out directions.  The sense of entitlement in this generation is mind-boggling.

Here's an interesting takeaway from the column - SWAT elders are complaining that they can't hire thugs who know how to, and here is the quote, “We got lawyers. We got Ph.Ds. We got everything but police officers. They can’t clear a corner...then he added “But I think the worse thing we did was that we focused so much on law enforcement getting college degrees to move up that the type-A personalities out there in the streets kicking people’s asses and locking people up – well, they had to go to court. They didn’t have a lot of time to work on their master's.”

(By the way, did you know there is a "National Tactical Officers Association in Pennsylvania?  Here.)

The takeaways are many, and you should read the entire column.  One takeaway that screams out at me is this: This generation has little mettle & grit.  Most of those kids applying for LEO have probably never made a fist and thrown it at a live Human Being before.  I'm not going to delude myself - give anyone an AR and permission, and you must be wary, but some men are willing to stick in a fight until it ends, and some men will break contact and run home to mommy and stay as far away from those "mean men" as possible.  I think America has a full-blown crop of ripened weenie-tots (weenie-tots is a technical term, don't try this at home) coming of age.  That sword surely cuts both ways, but I'm liking the odds for Liberty.

You see, the elite who order the fights will never fight themselves.  And those who they send to fight, the guys with grit and mettle who know how to kick-ass (and revel in it) are retiring out at a fast rate.  Their replacements are B Team at best.  Once we clear out the front line of genuine hard-cases - the B Team will break and run.

But here's another takeaway which should inform your future interactions with LEO - the Old Guard (the guys who will run you through a colonoscopy for a rolling stop at a stop sigh) are actively seeking new hires who think as they think, who will do what they do.

I contend to you that the North American Liberty Games, Version III, have already begun.  Most people you pass on any given day are your ideological enemies.  Most people you pass every day will not give 10 seconds of thought to the news story tonight that you were killed by LEO during a traffic stop because he thought you had kiddie porn on your mind.  Indeed, most people will dime you for the slightest perceived personal gain they can conceive.  And the people wearing badges and carrying guns will swarm you for any perceived infraction, any perceived dismissive attitude toward their superiority, and they'll "...let the Judge work it out...".

“If ever a time should come, when vain and aspiring men shall possess the highest seats in Government, our country will stand in need of its experienced patriots to prevent its ruin.”

That's where we are, Patriots.  War.  You forget this at your peril.

Get your family to a safe place where most of your neighbors think like you, where the LEO Departments are run by genuine Constitutionalists.  It's on.  Right now.