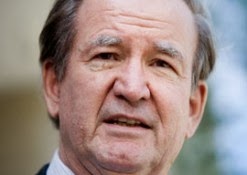 **UPDATE**  Susan Duclos is reporting that Europe's largest oil refinery - located in Tatarstan, Russia, is on fire.  As Ms. Duclos concludes - if any proof ever comes to light that the US did it, knew about it, facilitated it, encouraged it, WWIII has begun.  And as we all know in politics "proof" doesn't really matter usually...

The only rational move for America over Crimea is to keep our big honkin' noses out of Putin's grill, because the man will fuck us the fuck up.  Sorry for the F-bombs, but sometimes they help make a point that needs to be made and understood 5 x 5.

He can hurt our economy at least as bad as we can hurt his.

He can screw with our trade (particularly via third-parties, he could certainly crash the European economy with nothing more than his phone and his pen, and turn the heat off - literally - for millions of people) almost as much as we can screw his.

His Ego is far more earned than the NPD Ego our POTUS possesses.

Putin is the real deal, he will go there.  He will win.

And if we do anything with .mil - even a RIB with a USO chorus aboard entering the Black Sea - some part of this planet will glow a pretty shade of colors and turn to glass, and be uninhabitable for a long, long time.  Count on it.

This is big-boy-pants stuff, folks.  Whatever your thoughts or emotions regarding the people involved in the scrum centered at Maidan, this is simply not a fight for the USA, this is no time for Mutual Defense Agreements with nations we physically can not protect short of nuclear detonations.

...unless, of course, you somehow think WWIII can work to your personal benefit.  Such as hiding trillions and trillions of wealth theft, and turning the USA Soviet Communist Red.

I am no fan of Vladimir Putin.  You know my position on Communists - it's pretty clear.  But make no mistake, he is an enemy with real power, an enemy you'd better f'n respect.

He deserves the same respect you would give a cobra you find sharing your daughter's crib...