A diseased and rotting People 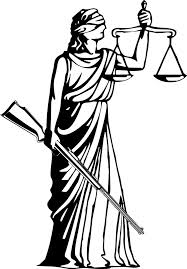 Consider: A nation that has cheered or not cared that men and women have spent decades of their lives in our prisons for acts that are today legal.  I'm talking about pot, of course.

Consider: A nation that sends it sons and daughters to fight, kill, murder, be maimed and killed by the thousands, then one day changes it's mind about the importance of that work and leaves the field, with little more than a FU from current political leaders and citizenry.  Of course I am referring to Iraq as it implodes today after we've had nearly five thousand Americans die there.

People who behave this way, and people who tolerate such behavior, are diseased Souls.  You can never make whole the man who spent decades in prison for pot, which he can buy over-the-counter now in Colorado.  You can never bring back those who have died because of your commands, or make whole the men and women who have had parts of their bodies ripped from them for a "...matter of national security..." that soon becomes insignificant to a set of politicians.

The answer is simple, yet not easy.  We either extirpate the diseased among us, or we live our entire lives, and then die, in shame.  This is not how a moral people worthy of Liberty behave.

If we, as a People, observed Rightful Liberty, which is essentially "You leave me alone and I'll return the favor", we would not now carry such shame.