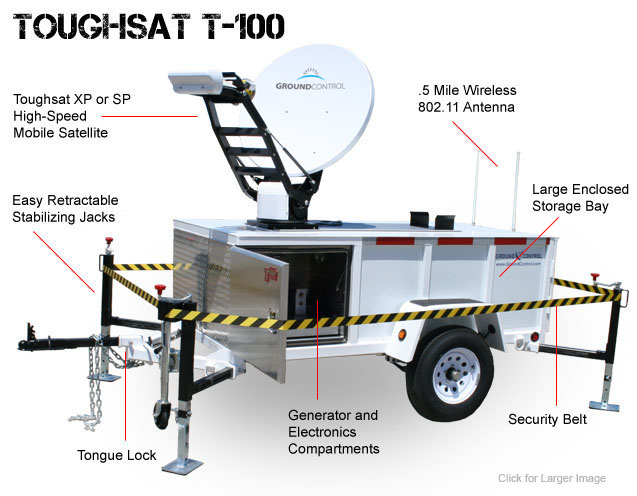 One of our most dedicated III Patriots who walks-the-walk is a Comms guy as well.

I asked him if he would take the time to put together his ideal Comms package (a starting point) for ensuring the TOC is able to succeed its Primary Mission: Capture the Truth at scenes of Government abuse and then get that information - audio, video and interviews - out to our allies across the web, on HAM, FB, Twitter, etc, who are brave enough to put that raw information online.  The key is to collect a lot of data, and get it disseminated most ricky-tick from as many online venues as possible.

We know there is no such thing as Comms security unless you go old-school Cold War.  We know many armed bureaucrats - such as BLM potential murderers - can enlist the aid of Signals Experts (like guys in cubicles in a certain base in Maryland) and compromise anything and everything.  With that knowledge, all we can do as we execute our TOC mission is put redundancy into our systems with the best defenses available - from satellite direct feeds to III Patriots on a Honda 900 moving 20 miles from Ground Zero to deliver a flash drive of information.

This venture is not inexpensive, Patriots.  We need members, that will eventually bring us not only access to power politics, but also desperately-needed revenue.  Get your brother, mother and hunting buddies to join us and help.  "...shall not be infringed..." - is sacred to us.  Obeying the Constitution only when it is good for your career is bullshit.  We are not NRA or Oathkeepers.

The Comm trailer in the picture above is a Satellite uplink.  He suggested 3 additional Sat Uplink options across three satellites.  We can tailor encryption that takes Maryland a few minutes to crack - to buy us a bit of lead team.  He suggested several options on the trailer that make a lot of sense.

For video he suggested a good high-quality video unit: http://pro.sony.com/bbsc/ssr/product-HXRNX3/ and several Ion Pro Air 2 wifi cameras, and a multi-camera security system to make sure we have camera on the trailer at all times.  A SatPhone option is a prudent measure for select members deployed with the TOC.  And remember, the trailer offers a 1/2 mile wifi zone surrounding it for authorized users.

I'm a fan of Motorola DTR550s for Comm Tactical radios, based on articles at Signal Corp.  We'll also need radios that we can hand out to responsible Militia on-scene so we can all stay in the loop real-time.

I warned you at the beginning of the post that the Comms package for properly running the TOC is expensive.  Granted - a great majority of you have as much money in firearms and ammo.

The trailer alone starts at $28K.  Obviously, this is a goal, not something I can put on a credit card.  Nor am I going to try to raise money for it via donations.

I'm going to ask you to join the III Percent Society of America, and get your buddies and family to join.

The III Percent Society has a Mission.  We have a Mandate.  We need Members. We need you to show up when we are in your AO to help.

Feel free to add Comms suggestions here, or over at the TOC website.

III Patriots do not sit idly while Bad People conquer their world - and that is happening right now.

We stand up.  We are prepared for anything attempted by any asshole.