Eat or be eaten - being eaten last is NOT a win... 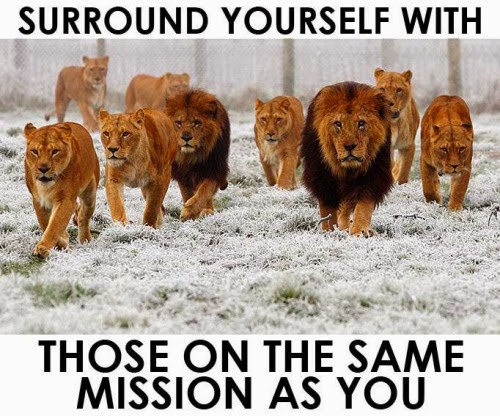 I often write about people known to many of us - Wirecutter, CA, Trainer, J.C., et cetera.

They have all put themselves out there on-point.

Once in a while I will mention people who leave comments, or that I meet in CQB or at PatCons, et cetera - they keep a lower profile, so I respect that and try not to raise them on the radar too much.

Some people I rarely or never discuss - because they have chosen to remain in the shadows - but that does not mean they are inactive or not contributing.

One member of my personal Tribe shared the above picture of the Pride of lions with a few of us.  I immediately thought "Yep - some individuals will come, some will go, but the Pride is the Legacy.  The weak are cast out or self-select out."  Most of you have seen this in your own dealings.

Just FYI: The guy who sent this is one of those who only needs to send up a smoke signal, and I'll go help him E&E, or I'll Flank & Spank (TM) on his behalf.  Tribe.

As we move forward, Patriots, remember - not everyone is as they seem at first, there are many sprinters and few who can go hard for the marathon.  Let the sprinters go.  Keep your eye on the ultimate goal.  Never quit until you are dead.

Here's the second graphic he sent, and I suggest it to all of you for a bit of introspection.

Find your inner Fuck You and cultivate it.

We are in a time when America needs Her hardcore Patriots who are willing to go hard, go often, Hunt Evil and End It, and let the weak die... 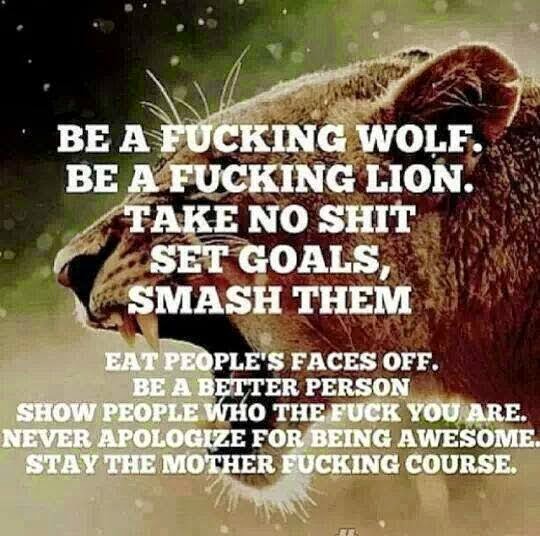