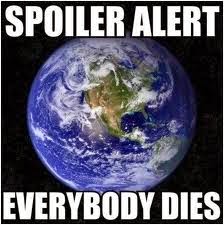 I don't need to go any further regarding the escalating use of Lawfare.  When a Sheriff and the sitting Governor of Texas are targeted by their political enemies and risk decades in prison, just what do you think they'd do to you & me?  I can tell you first-hand what they'd be willing to do to me...

Rule of Law is dead.

The republic is dead.

Communists of many different flavors, working since the USC was brand new (Yes, I call Federalists Commies in that they share the belief they have a Right to your stuff) executed a coup d'état in America.  You can forget Hearts & Minds - the Bad People have nearly every child in the country for 6-8 hours every day.  Then they have most Americans being further indoctrinated by MSM and pop culture and television programs that are all reinforcing their memes.

It is what it is.

If you can put together a 4-Man Fire Team that will actually show up at the X on D-Day, you are doing better than most.  If you have the ability to E&E to a safe place and lay low for a year or so while fighting, disease and famine cull the herd, even better.  If - and this is a BIG if - 1% of the population believes in Rightful Liberty, you are still outnumbered by 100:1.

When you are going through Hell, keep going.

There will be an 'after'.

And in totally unrelated news, because China and Russia will never be a threat to the US, Chinese troops have crossed into India a few times in recent weeks, near Kashmir.  It means nothing, though.  Afterall, when three nuclear armed Nations - two of which despise one another on religious grounds and recently sent Kill Teams into Mumbai - what could go wrong?