The perils of over-simplified Analysis 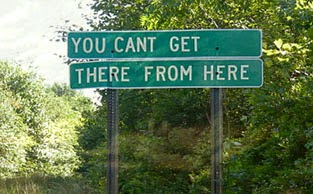 Why does the girl get raped?

Contrary to popular myth in America, it isn't because the rapist needs to vent violence.  It's because he wants SEX.  Sex is the sine qua non of rape.  At its core, it is that simple.  Rape is not unique to the Human species.  Sometimes violence is used to earn submission, but then the rape occurs.  The goal of the ordeal for him is sex. (Yes, obviously there are variables - but the common act in all rapes - sex)

Why do neighbors steal your stuff?  Because they want or need your stuff, or simply have the desire to deny you of your stuff.  That's it.

Why do nations go to war?  They want your stuff, need your stuff, or want to smite you for whatever reason they may have (like knocking you down a few pegs for decade upon decade of rubbing their noses in shit), or you stand in their way of prosperity or ideological goals.

I am so amused when someone pontificates that X cannot be achieved because of Y & Z.

Folks, if a smart person wants X to happen, he simply works around, with, or through Y & Z, ignores them completely, or puts them in a ditch.

Hey, here's a funny one - there is NO WAY a mere 3 percent of a population could ever defeat a superpower!  HA!  Can't f'n happen.

Here's a bit of advice: If you are listening to or reading the work of someone who was still in Batman under-roos when the Wall fell, who was "educated" in American public schools or most private schools, then "trained" in .mil after the Wall fell, you must understand you are dealing with a person who has no real-world comprehension of Cold War realities, and has no real idea he was educated by Leftists, and worked for Leftists in the bureaucracy who want him to continue thinking China and Russia are no real threat, would never attack us, and that Communism is dead.

Yeah, keep listening to those guys...

The result will probably be firsthand lessons of rape at the hands of foreign soldiers upon the females in your charge.