"We have to be more mainstream..." 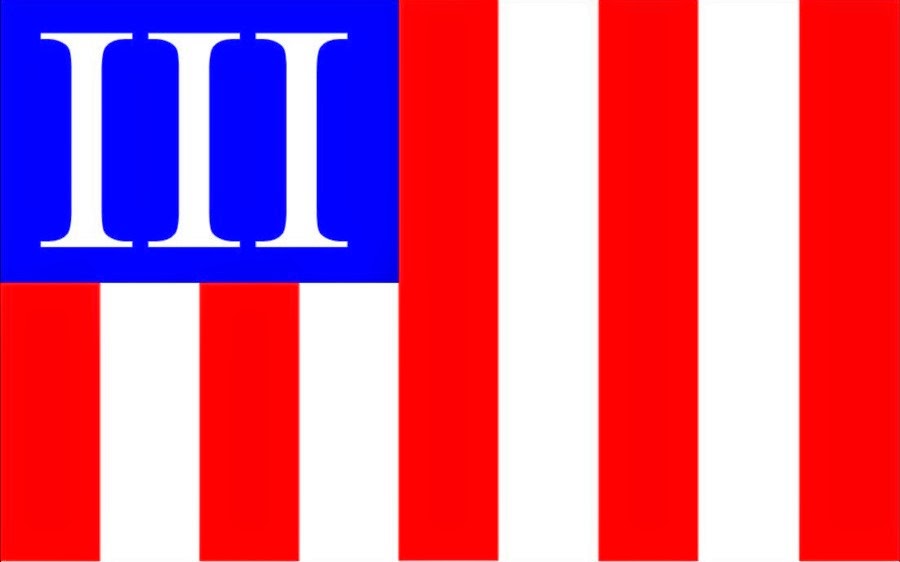 There are those who claim the Liberty Movement, and the III in particular, must become more "mainstream" and socially acceptable to win Hearts & Minds.  Personally, I think of Hearts & Minds of the general masses the way Patton thought of his flanks - they were the enemy's problem.

Let's get a few people unfucked:

The III is NOT, and never will be, the Hearts & Minds arm of the Liberty Movement.

The III is that tiny minority of Patriots who make it possible for others to provide bread and showers to the hungry and dirty.

The III is that tiny minority who go in Harm's Way, break the enemy, so that others may ignore us, judge us, pontificate about us, publish works for or against our actions with their blood-free hands and superior moral attitudes.

Do not get it twisted: The III has a singular purpose.  The III goes to the Green.  The III breaks the Enemies of Liberty.  Those Patriots too old to march to the Green, will be III from the windows, the porches, the cabs of their trucks.

Hearts & Minds?  The III wins Hearts & Minds by keeping as many good people alive and as many tyrants as possible not...

There is a blurring of the lines in the Liberty Movement today.  There are Propagandists, Pamphleteers, REMFs, genuine Intel assets, Auxiliary - and the III.  The III are those Patriots who are willing to stand between the Enemies of Liberty and everyone else, armed and ready to kill or die.

Stop condemning the III because you do not understand the roles and positions of the players.

Indeed, the public face must criticize the part of the Liberty Movement that is willing to do the Hardest Things, must make them outcasts - must, ultimately, when Liberty is once again secured, throw us under the bus and nod their heads when the meek middle is once again safe and standing in judgment of those who are now "War Criminals".

Because already there is a loud knot of agitators infiltrated into the Liberty Movement who have declared where and when RevWarIII must end, when enough is enough, how Patriots must behave and fight and when, where, and how.  That is because they do not mean to eradicate Evil, merely replace it, to allow it to escape.  They do not mean to follow the counsel of many in RevWarI who demanded all Tories and Loyalists be run from the continent.  They do not believe in Patton's call to continue to Moscow when it was possible.

This time there can be no heed paid to those who cry "They've had enough!  Stop!"

All who do not live by the premise of Rightful Liberty must be extirpated from CONUS.

Or, Patriot - after you have gone to the Green, into Harm's Way, you will be put down.

I wonder how many people worthy of and capable of genuine Rightful Liberty told Patrick Henry to sit down and shush when he said Liberty or Death.  Some did - and our Founders allowed them to remain after Yorktown.  Let's not repeat their mistake.

Liberty or Death.  Convert, leave, or die.  Today, many say it, only a few mean it.

There is no room in America for those who do not mean it.

When you set out to take Vienna, TAKE VIENNA!