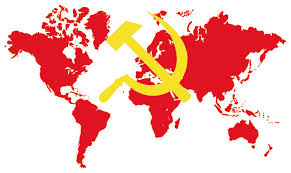 “We have taken note of the events that recently took place in Hong Kong and the two ministers acknowledged that not a single country can feel insured against colour revolutions,” Mr Antonov said, according to Russian state media. “We believe that Russia and China should work together to oppose this new challenge to our states’ security.”

Yeah - nothing to see here.  Just paranoia.  Get a grip, silly Americanski...

Folks, if you don't understand that the two largest tyrannies on the planet would nuke/Ebola/EMP or otherwise F us up in a hot second if they thought they could get away with it, thus making the primary impediment to their goal of world control cease to exist - I can't help you.

Personally, I think those fucktards murdered at least 100,000,000 people last century.  They established a Fifth Column here in America.  That Fifth Column has plans for you, too.

It's time for payback, in the name of the dead...