RevWarIII: A War for Glorious Amateurs 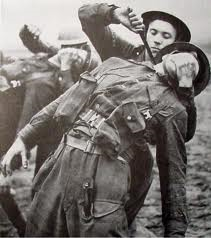 This is an OSS war.  This is a blue-collar, knuckle-busting, hit 'em with a hammer fight.

The Other Side has most of the cool Tech, the people to use that Tech, and the resources to field that Tech.  During these opening years of the Counter Revolution, the Other Side has an overwhelming majority of support from the average American, and they have more than half the people in America on the payroll is some manner.  They have the "See Something, Say Something" advantage.

At least in these early years.  The Truth will out.  Eventually.

What do Patriots have that the Other Side does not have?

Most importantly, we have the Liberty or Death determination to prevail.  The people on the Other Side who will be fighting want to go home at the end of their shift.  Going home is not the most important factor in the Patriot's matrix. 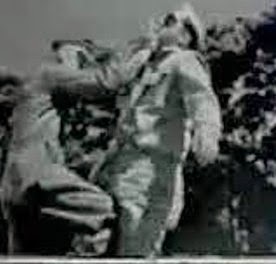 I have written in the past that this fight for Liberty has much in common with the militia of our first Revolution, and with the ways & means of the OSS under Donovan.  In both cases the battles were fought and won by "Glorious Amateurs".

And so it is today.  Most of the people lining up on the Patriot side of the fight are amateurs in the tradecraft of fighting and winning battles with spies, liars and men who mean to kill them.

But "Amateur" is not a dirty word.  Amateurs are not dependent upon institutional infrastructure to fight and win.  Amateurs possess common sense and a "Get it done" set of life experiences that are a monumental advantage over the Other Side.

When the Other Side suffers a supply line disruption and sits defensively waiting for support, the Glorious Amateurs will pick up a hatchet, kill the Other Side automatons, and take their gear.

There are Glorious Amateurs among us.  When it is time, the way Liberty will be saved is for Patriots to roll up their sleeves and put in a good day of work.

Study the OSS, how it operated.  Study the men and women recruited by OSS.  CA has three good resources by OSS-era Fighters linked currently.  Here.  Here.  Research particularly the Jedburgh Teams - unit make-up, operational parameters, successes.  Fewer than 300 men in 93 Teams made up the Jeds, and their contribution was significant.  Read their mission and manuals, here.  You will find the Jedburgh operational parameters will be a good fit for Patriots in this fight.  Small teams of serious men ready to do brutal work.

The fight for Liberty is already a bloody, brutal and buckle-to-buckle affair.  The Other Side shows us every day how they are willing and able to murder people in their own homes.  Defending yourself at your front door is suicide.  Betting your life that saving Liberty will predominantly be a 300-yard rifle fight is suicide.  This fight is not that clean now - why would it get less ugly?