Police said Gray was arrested after he made eye contact with officers and ran away. 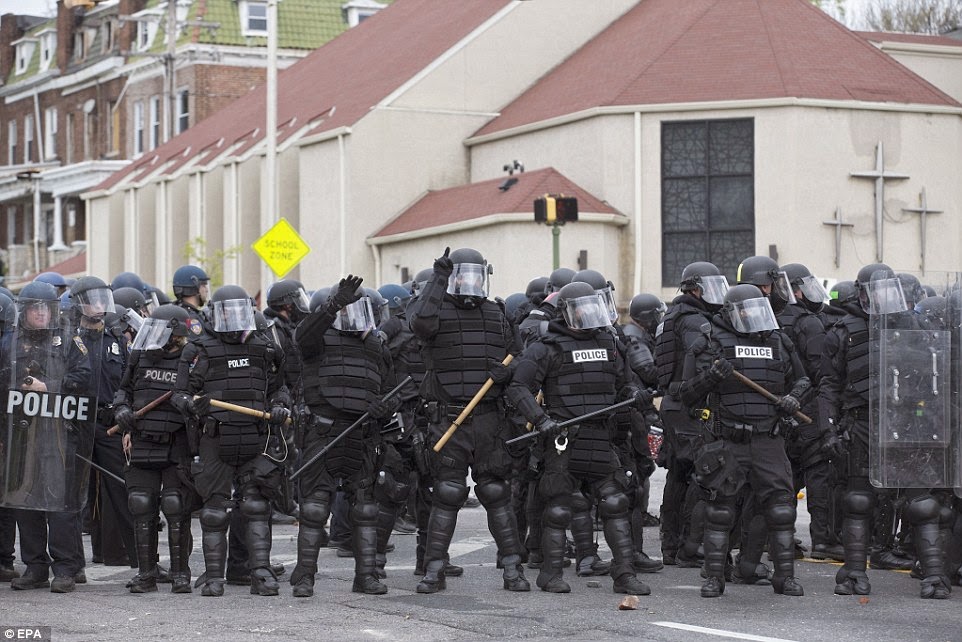 Police said Gray was arrested after he made eye contact with officers and ran away.

Officers held him down, handcuffed him and loaded him into the van. While inside, he became irate and leg cuffs were put on him, police have said.

Gray asked for medical help several times, beginning before he was placed in the van. After a 30-minute ride that included three stops, paramedics were called.

Authorities have not explained how or when Gray's spine was injured.

"Probable Cause" as defined under the "Stop & Frisk" paradigm.

Everyone out there looking at Baltimore and NOT seeing the Evils of Tyranny in play - are wrong.

I think you'd be hunting LEO, too.  With friends.

Looting?  Destroying your neighborhood?  Not so much.

But you'd better understand that what future FreeFor/OpFor "Candid Exchanges of Ideas" looks like, is on your screens, right now.  Colors may change.  But not the essence.