Each of us will be held accountable for the words we speak, write or publish... 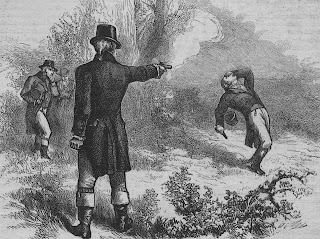 When Aaron Burr challenged Alexander Hamilton to a duel, and killed him, he was not attacking the First Amendment freedom of the press, but rather Hamilton, for defamation of Burr’s character, which had helped to destroy Burr’s career.

What the commentators seem to be saying about the assault on Charlie Hebdo is that not only is what is spoken or published protected by the First Amendment, but those who print and publish vile things must never suffer violent consequences.

People who believe this is attainable are living in a dream world, and may not be long for this one.