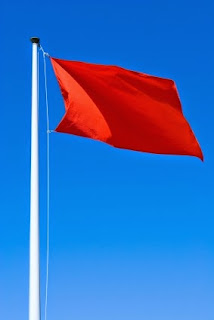 If you are still listening to idiots who offer 'analysis' along the lines of Russia is no threat - they still move their troops by train! --- I can't help you.

America lost the 'Cold War' - which wasn't 'cold' nor was it ever 'over'.  A massively successful generational war has been waged against America and Liberty for more than 100 years to turn the country Red.  Those Red aspirants used power-hungry Useful Idiots of the Hamilton/Lincoln/FDR/Bloomberg ilk within our borders to accomplish their goals.

I have warned since Russia moved on Crimea to watch the Dragon.  I counseled that if they made a serious play for expansion, especially involving the Senkaku Islands in any way, it could only be interpreted as nearly-final verification that Golitsyn and Angleton were right.

My analysis did not come from a college education or a .mil MOS credential in "Intelligence" - which probably helped keep the level of dumbfuckstupid to a minimum in my head.  I take no joy in watching my analysis prove out.  It means my darkest concerns were legitimate, and we are in for one hell of a fight - far more intense than merely a counter-revolution on a continental scale against Red Americans.

Here is what you must resign yourself to at this point: Domestic Enemies of Liberty in America intend to fundamentally change America by permitting a Red Triad to dominate the world - Russia will have Europe, China will have Asia, and American Reds intend to remain in power in this hemisphere.

Once you resign yourself to this eventuality, here is the fundamental Truth you must never forget: None of this needed to happen.  Domestic Enemies of Liberty in America, men who mean to be Masters, have deliberately set upon this course, have deliberately and unnecessarily created circumstances for World War III.

Why?  Who cares - but if you need reasons, here are the top two: There are Americans who mean to be Masters, and those people are fundamentally Evil - the only way to cover up the global theft that has been taking place for the last hundred-plus years is a world war.

None of this needed to happen.  It is ONLY happening because Evil men mean to be your Masters.

When this escalates to pure ugly in America, when you are looking at long odds of surviving another week, and every single time you run across one of the Evil/stupid Fucks who have helped bring this to reality - remember that none of this needed to happen - and hold them to account.

You may not think it is your place to act as a Judge against such men.  Fair enough.  But you can sure as hell arrange the meeting with the Rightful Judge.  Trust your gut, you'll be right more often than not.

Timeline?  No idea.  Sooner than later is a good bet.  It will never be a Red Dawn event or Wolverines scenario.  It will never be like Cold War East Germany - they don't have the time to ramp-up to that level of dominance - they'd need at least another 15 years to get there, probably more.

And when you feel like all is lost - just remember that none of this needed to happen, and let that fuel your rage for one more week, or day, or hour...