A Brief History of the Deep State, Part 2 (Know your Golitsyn) 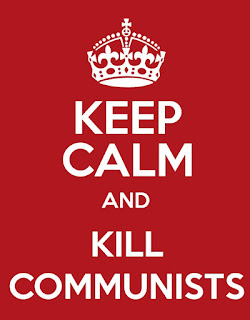 In Herbert Hoover’s posthumously published book, Freedom Betrayed, the former president presents a lost chapter out of American history. The book is about Franklin Roosevelt's foreign policy and America's role in the Second World War. To understand the war, he suggests, we must first understand Communism and the nature of Soviet power.

According to Hoover, Communism is like a religion which exists in every country. Its methods include subversion, infiltration and influence operations. Hoover argues that these operations were facilitated by President Roosevelt, who entered office in 1933. At every turn, Roosevelt helped the Communists. In World War II, he helped the Soviet Union.

As Hoover explained, “Not until the inner history of the events leading up to our entry into World War II are brought into the daylight can the final history of how we got into it be written." It was during the Second World War, noted Hoover, that the “grip of Communism” metastasized “from 200,000,000 of Russian people to an Asiatic horde of over 900,000,0000” due to the Communist takeover of China in 1949.

How did this tremendous strategic turnabout occur?

It all began with Vladimir Lenin, the Soviet dictator. As early as 1920 Lenin taught his disciples that a Second World War was inevitable. The so-called “First Imperialist War,” he said, had brought the Communists to power in Russia. A Second Imperialist War, he added, would pave the way for the Communist takeover of all Europe.

Lenin’s contribution to Communist strategy was considerable. “Great questions in the life of nations are settled only by force,” said Lenin. War is also a revolutionary accelerant because war brings poverty, social chaos and instability. It paves the way to revolution. This was true for Russia in the twentieth century. The abortive revolution of 1905 grew out of the Russo-Japanese War. The revolutions of 1917 grew out of the First World War. It was, therefore, an elementary deduction for Lenin to make. War was good for Communism. Stir up war, set nation against nation, and reap the harvest of revolution.

In practice the Soviet strategists of the 1930s would rely on a “divide and conquer” strategy for Europe and the Far East. They would divide the newly forming “fascist” states from the “democracies.” Hitler would be, in Stalin’s conception, “the icebreaker of the revolution.” If Soviet statecraft could manipulate a collision between Hitler and the West, Moscow could sit back and watch the two sides destroy one another. When exhaustion had set in, the Red Army could enter the war from a position of advantage and “liberate” Europe.

The same logic would operate, as well, in the Far East. Nationalist China and Japan would be encouraged to fight each other. Agents of influence would be deployed. Japanese nationalism, however anti-Communist in spirit, was easily manipulated. The Soviet Union and its Chinese Communist allies would, in the meanwhile, gather their strength in preparation for a final blow once the Japanese and Chinese nationalists had battled to exhaustion.

The theory of exploiting regional wars, and of anticipating a Second World War, was intrinsic to all Soviet economic and military planning in the 1920s and 30s. In 1921 Stalin wrote in Pravda, “The Party’s tasks are: (1) to utilize all the contradictions and conflicts among the capitalist groups and governments which surround our country, with the object of disintegrating imperialism.” Hoover quoted this passage in his book, and added another Stalin quote from 1924: "the reserves of the revolution can be … contradictions, conflicts, and wars … among the bourgeois states hostile to the proletarian state….”

It served Soviet policy, therefore, to divide the capitalist world into fascist and democratic states. It is no accident that Communist agitation in Germany and elsewhere helped to facilitate fascist (or nationalist) anti-liberal revolutions. This was intentional policy on the part of the Communists. Creating political chaos naturally engendered a fascist authoritarian reaction, since parliamentary government could not function under conditions of Communist agitation and social sabotage. The Soviets could then align themselves with liberals prior to August 1939, then with the fascists until 22 June 1941, and then to resume an alliance with Western liberals until the surrender of Germany and Japan in 1945.

Soviet Russia positioned itself to play both sides against the middle. Naïve Western liberals and unthinking fascists were alternately duped in turn. For this game to be played, however, the stage had to be set. Fascism had to be pushed into power in country after country. If Europe was blessed with 23 democracies immediately after the First World War, ten of those countries had retreated into fascism before the outbreak of the Second World War in 1939. Here was the key to Moscow’s strategy. Use provocation to create a bloc of fascist countries. Agitate Western liberals against those fascist countries. Exploit the outcome.