Makers vs. Takers - aka - Americans vs. Leftists Living in America

The American firearms industry contributes more than $51,000,000,000 annually to the national economy.  More than 300,000 people are employed directly and indirectly by the US firearms industry.  Americans average 25,000,000 new retail sales each year (requiring NICS), not factoring direct sales between citizens.  The industry has remarkably closed the production capacity gap that was on display immediately following Sandy Hook, when retail shelves across the nation went bare as Americans bought everything in inventory and manufacturers could not re-supply.  After Parkland, retail prices of ARs continued a downward trend despite an uptick in sales and no supply problems - the production gap has been cured by simple market forces of supply & demand.

Today you can buy well-made new AR-15 rifles all over the place for $300-$500.  Today you can build your own firearms - legally - with no paper trail, that rival and often surpass manufacturers final product quality.

Too often we hear calls from 'Left' and 'Right' of impending civil war and jack-boots stomping across America.  Many of the loudest advocates insist America has never been at such conflict within herself.  This is, of course, lazy thinking at best, and sinister cynicism at worst, spewed by people who have an agenda.  Collectivists were here before the Revolution, and after.  They were called Loyalists, Tories, Federalists, and so forth.  Later they were called Yankees.  Today they are Globalists and 'Antifa', Leftists, Communists, Progressives, Liberals and such.

Those subscribing to Jeffersonian ideals of Rightful Liberty have always been a minority in America.

Sadly, most people claiming the mantle of 'personal liberty' today are wholly ignorant about what personal liberty really means, and many others deliberately misuse the title for personal gain.

There are people who believe they are entitled to some portion of the fruits of your labor, especially if the taking is done by some third-party, like 'The Government'.  These people are not, in any reality, supporters of personal liberty.

The challenge facing true-believers of Rightful Liberty has always been there, and will always be there.  Those who will lay claim to the fruits of your labor will always outnumber us.  They will always seek to badger us to 'share' for 'the good of us all' or 'for the children' - or even 'for America.'  They will try to shame us with hurtful words and outright lies.  They will try to force our compliance with ostracization.  They will threaten us with force, prison and more.

The recourse to such parasites is as it has always been and always shall be - self defense.

The American firearms industry and all the Americans working within that industry (and related industries) provide the means to secure personal liberty from the parasites who accept and demand the fruits of your labor.

What we can't do is make you courageous enough to stand your ground for the defense of your own Liberty.  That's on you.  If you are one of those 'Patriots' who waits for the monthly check from the 'Government' so you can buy another box of ammo or another AR or a pound of bacon - you are part of the real problem facing real Americans and true liberty.  You will never stand for true Liberty - because the bread on your table demands that you infringe the Liberty of your neighbors.  You simply lack the principles and mettle to ever be a true American.

American Patriots have allowed far too many parasites to live among us.  We tolerate too much Stupid and we allow The Stupid to rise to existential levels of risk because our innate nature is to live and let live.  We too often turn the other cheek.

Clean the doorstep of your own home of the takers, then clean your block, and your neighborhood.  Continue until you bump into another real American Patriot who is doing the same work.

Judge every person by a simple metric: Do they take or do they make?  Do they build, or denigrate?

There is a point of no return in this war.  There will come a time when standing up will result in nothing more than martyrdom.  There is rapidly approaching that moment when there are simply too many takers, and their waves will overtake us all.  They will, of course, begin to eat their own and fail in the end - but you and I will be dead by then.

If you are a maker, stop tolerating all incursions into the fruits of your labor.

If you are a taker - stop right now, whatever the personal cost, and refuse to take what is not rightfully yours and freely given.

And to all others who refuse to stop being parasites - we let them continue at our peril. 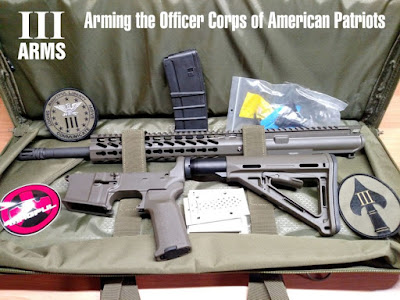