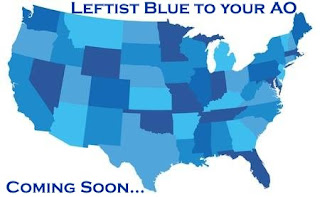 Most of these Californians flee their home state and when they settle, they begin working in local politics to change existing laws in their new home states to mimic those in California.  In the case of Red States, these people dilute the Red.

The number one source of inbound migration to Idaho is from California, and the effects of their resettlement are obvious in our state and local politics.  They are able to shift the political climate in places like Boise with alarming speed.

Consider 2016 Presidential politics.  President Trump won the election with razor-thin margins in a few states, tipping the electoral college in his favor.

California is running an average net annual loss of residents of more than 140,000.

When the Leftists in America begin to run a concentrated and deliberate migration campaign targeting Red states that have razor-thin margins, they will lock-up the electoral college in their favor until the shooting starts.  Numerically, they could do this in a year with Californians alone - not even factoring the Leftists they could send from Oregon, Washington, New York.

This is American citizen migration, not even factoring the bean-eaters jumping the border.

Won't California run out of reliable Leftist voters if they ship-out enough people to change the electoral map?  No.

In 2016 alone California welcomed 322,197 new residents from outside our country, alone.

Research your local politics - county/city/state legislatures.  Look at the total margins between your Lefty candidates versus the guys on the right.  How many new residents/voters to your county/city would be needed to flip your AO consistently into the Lefty camp?