Enemies draped in the symbols of Patriots 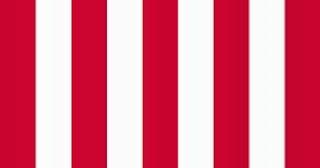 Many of our allies worry about their Tribes being infiltrated by .Gov LEO or provocateurs, or simply snitches.

But what of the Enemy operators who drape themselves in the symbols of Liberty while actively and openly working for ends that are not truly Liberty-based, and those who work to simply re-define what Liberty means?

They exist.  This is hardly a new tactic in large population subversion campaigns.  America has done it.  Communists have done it.  But I wonder if anyone but American Communists have dared such crass and blatant manipulation, while contrary evidence still exists in the memory of so many people.

They self-identify as a "...progressive patriot organization..."

From their website: There's a progressive patriot group based out of Rockford we call the Sons of Liberty. Our purpose is to heed the call whenever boots on the ground are needed for a MoveOn, PDA, CodePINK, & OCCUPY event, or for any other kind rally, for that matter, whereby democratic values are advanced.

Consider: A prison guard (Strike One: Who voluntarily walks into a prison for 30 years in return for a paycheck?  Someone who is the living embodiment of Franklin's admonition of those who are willing to trade Liberty for security, that's who...) heads an organization called the Sons of Liberty in overwhelmingly Leftist Illinois, while working in Democrat booths at county fairs, deriding Tea Party principles, building "Sniper-Sweeper Teams" for a coming conflict.  Confused messaging?  Don't think it is an accident.

An ally of ours in Wisconsin emailed a heads-up about a group operating in Illinois that wraps themselves in the words and symbols of the Revolution, true Patriots, and Rightful Liberty, while putting forth Marxist ideals and labeling them as "Traditional Patriotism".

Just take a few minutes and explore, then look around and see if you have any such groups in your AO.  (You do, beginning with every LEO actor, for they claim to represent RoL and America, as they stomp heads and put people in prison for 2A "violations".)

There is an effort underway to publicly, and violently, if needed, claim the symbols of Rightful Liberty and re-define the meaning of Liberty.  This represents an evolution, in my opinion, an emboldening, of anti-Liberty forces.  They do not seek to stay in the shadows and whisper of their revolution - they are willing to be publicly identified.

Patriot Leaders: Search your ranks.  Search your AOs.  Make your lists a bit longer, as needed.

Just because the guy in the foxhole next to you is wearing a Gadsden cap, don't assume he defines Liberty as do you.  We've seen the same tactics used (albeit in stealth mode) by White Nationals, by Anarcho-Capitalists, simple Anarchists, right on down to simple idiots who think they are the smartest in the room.  Stab these f*cks in the neck, because they will shoot you in the back.

Adjust any rose-colored glasses as necessary.

Aim for the carotids if using a blade.