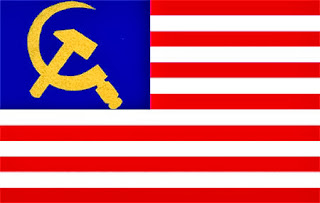 "How business is done in this town has to change," Obama said during a press conference. "Now that the government is reopened and this threat to our economy is removed, all of us need to stop focusing on the lobbyists and the bloggers and the talking heads on radio and the professional activists who profit from conflict, and focus on what the majority of Americans sent us here to do — and that's grow this economy."

That is the President doing the victory lap after the shutdown ended.

The relevant snippet defines the mindset of the Enemies of Liberty.

"...and focus on what the majority of Americans sent us here to do — and that's grow this economy..."

These people believe that government is in the business of growing economies - or whatever else they need at the moment to justify their true motive, the accumulation of power. 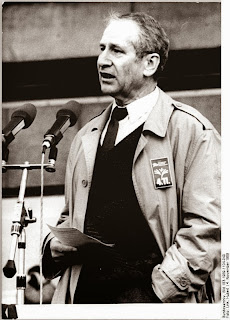 Nowhere in the Constitution is FedGov tasked with growing economies.  Of course, the scope and intent of the Constitution is nothing but an impediment to the Enemies of Liberty, so they have distorted the meaning of the words on the parchment for many, many generations until now, and now they are ready to ignore it openly.

"We cannot continue to rely only on our military in order to achieve the national security objectives that we’ve set...We’ve got to have a civilian national security force that’s just as powerful, just as strong, just as well-funded."

That's the President before he was President.  These people have told us all who they are and what they intend.  You have no excuse for being unprepared.

This move from the Pentagon to DHS had better be seen by Patriots for what it is - DHS has built a domestic army, and now they are installing a general who means to execute the Commander's Intent.

The elections of 2014 are meant to be a coronation of our Politburo.

You can expect the Enemies of Liberty to begin to go hard afterward.