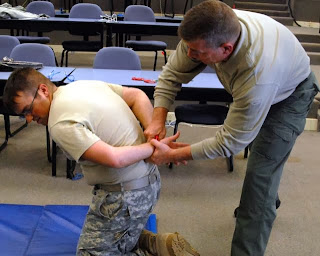 “Soldiers attending a pre-deployment briefing at Fort Hood say they were told that evangelical Christians and members of the Tea Party were a threat to the nation and that any soldier donating to those groups would be subjected to punishment under the Uniform Code of Military Justice.“

Soldiers will face criminal charges if found to be affiliated with Tea Party and Christians.  That may be a bit of an over-simplification, but it isn't wrong.

Anyone still doubting that the military is being purged is in denial - at best.

What make domestic armies strong, while weakening the .mil?

We have seen this before.

It is repeating itself.