The Only Story Patriots MUST Read Today 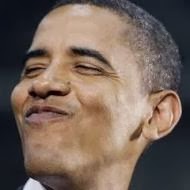 **UPDATE**  Notice the date on the SNAP letter, here.

WRSA has the story that is NOT a Sparklie.

In Washington the debt battle has moved beyond simple brinksmanship, and beyond routine Right/Left bickering.  Anyone who still believes the EBT chaos last weekend was a "Glitch" is beyond my ability to help.  It was a shot across the bow.  It was a muscle-flex.  It was real power on display.  Many of us intuitively knew Saturday's "glitch" was a deliberate Enemy Action, but now we have real evidence we were right.

FedGov is telling States to suspend the SNAP (EBT/Food) program November 1, until further notice.  To play such a card in Washington is a big deal, it is evidence that the discussions behind closed doors are hot and ugly and real.  Who folds doesn't matter.  The fact that the stakes are so high is what matters.  The fact that .Gov would pull that trigger when it doesn't have to is evidence that one side means to crush the other.  ANY shuttering of EBT is a SELECTIVE DEFAULT - there is money to keep these programs going.  This will only happen if Bad People WANT it to happen.

You and I know what will happen if the EBT system goes down for real.  An army of FSA will be told it is because those nasty, hateful, extremist Republicans and Tea Party and Patriot groups want them to starve to death.  That army doesn't need a rank and command structure.  It is a horde, a mob.  They will simply expand outward from wherever they reside into the stores and residential areas, picking the country clean, burning parts of it to the ground, and venting some of their frustrations on the Enemy they have been told to hate.

Reach for Go Bags?  No, not yet.  Keep them close and be ready to move if needed.  But, that the letter surfaced after such an obvious warning over the weekend says the threat is merely on the table at the moment.  It is designed to win the political debate in DC.  Yes, it is an elbow to the face tactic, lacking any finesse, but when real Power is the prize, people play rough.  It also serves to remind all players, you and me included, just how easy it would be for the Enemies of Liberty to burn this country to the ground.  You don't live near high concentrations of low-income Black folks?  You are thinking in a single dimension.  More White families accept .Gov largesse than do Black families.  Now consider how many people in your county work for some .Gov entity, Fed to Local level, either full-time or on a contractor basis.  Those people are the second claw in any FSA pincer.

This one is real, folks.  It is probably just posturing and threatening, but make no mistake - dropping threats like this should make it clear that the stakes have never been higher.