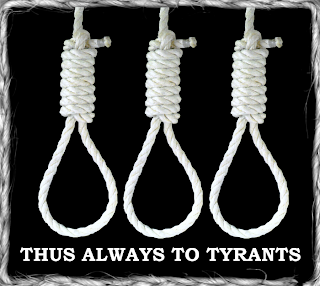 CA appreciates the finality of arithmetic and math, as does Denninger, and I am right there with both of them - numbers may be manipulated, but they do not lie.  People lie - sometimes about numbers.  If you read the numbers objectively, you will arrive at a Universal Truth.

The concept is secession - and no, this is NOT an invitation to debate secession.  I've taken my decision and I won't be changing my mind.  These numbers support my decision - at least as I interpret the numbers.  You've heard "Never try to teach a pig to sing - it wastes your time and annoys the pig"?

I'm deliberately taking the word "secession" from the below rationale so you strategic and tactical thinkers can assess my position without the political baggage.

Fact:  99.9% of the bipeds on this silly spinning rock self-identify as Marxists, Leftists/Liberals/Socialists/ and every other flavor of "All your sh*t are belong to us!"

Let's just round the number to 7 billion people for the sake of easy arithmetic.

Almost all of those people are comfortable taking your stuff, and accepting your stuff from the people who take it. (All of them - from the USA to around the world).

America remains the only piece of Earth where the concept of Individual Liberty being superior to the power of the State remains alive - though it is on life support.  It never really caught on anywhere else.  Even here, 99% of the population have a vested interest in keeping the status quo.

So, let's be bold and say we have 1% of American population willing to fight for individual Liberty, and you know I use Jefferson's definition of Rightful Liberty.  At 313 million people, 1% works out to 3.13 million who will pick up a rifle to defend Liberty.  Any realistic acceptance of that number will have to accept that most of those 3.13 millions have poor fitness, too-little gear, advanced age, limited combat experience (and if they have any at all, it was probably a while ago).

Now we have an *ahem*Army of 3.13 million Americans who will fight for DoI/BoR Liberty.

And the rest of the country, all 309,870,000 want your stuff - even the one's who simply want medi-care and such.  If you are playing for Hearts & Minds from the masses for your departure - you're pissing up a rope.  They want your stuff.

Now here's where those brilliant tactics and strategy come into play - your chosen battle plan for self-preservation is to move into a smaller geographic region.

Folks, you know I think secession is Constitutional and morally sound.  I simply think it is the death of Liberty in today's world.  You might buy a generation or two until the Bolshies come for your posterity, but they will come, and they will win.  And given their pedigree (the off-spring of those damned Liberty racist bastards!) the luckiest will end up as slave labor.

Instead of following Chamberlain, I would suggest you consider Alexander, Genghis Khan, Tamerlane, Ashoka, Augustus - all men who expanded for safety, not contracted.

There are Americans who could succeed at such an endeavor, drive the Enemies of Liberty from our lands, then, as did George Washington, step aside.

(Boy, can't wait for the shallow thinkers to show up.  "Kerodin wants to rape, pillage and plunder across America in the name of the Constitution!"  Before anyone goes that batcrap crazy, apply the premise of expansion versus contraction to be rid of the Enemies of Liberty.  That is the lesson - not drowning FSA in shallow riverbeds.)

In a real CQB fight, you enter and dominate the enemy's space, then remove him from it.  That premise works from the micro to the macro.

Balkanization?  Certainly could happen, especially if FedGov goes bust. But that is another topic with differing parameters beyond the scope of deliberate secession.  Maybe I'll write about it later.