I am very proud 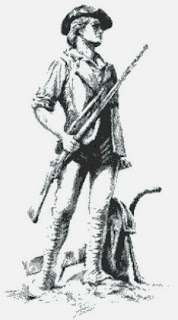 One of our Patriots, whose name I will not use, comes to mind when I sometimes find myself in a place of worry about our chances in this existential and eternal struggle for Liberty.

The man is built like a truck.  Not a meek little Chevrolet Dooley - a Kenworth.

His heart is just as big.

I have met one of his children, and from what I have seen, he is one of those fathers men should seek to emulate.  He is a family man.  He has other children I have not yet met, but the smile on his face and in his eyes says all I need to know when he speaks of them.

I have met one of his dearest friends.  That friend is much as you might expect from the man I have described.  Hardcore.  A man who looks you in the eye.  A man who is not afraid to hug a fellow Patriot.  And he makes one hell of a bottle of brandy.  And he is one of those guys you want to be around.  Always.

Our Patriot recently began Krav Maga after taking the CQB class with us.  He's sent me two email updates, and I know enough about martial arts to know he is getting good training.  He doesn't need to learn how to beat a Navy SEAL who is 'clicked on' in full go mode.  He needs to be able to handle a few punks who may circle himself and his son, just long enough to pull his firearm and leave blood-splatter decorating the area.

Yes, he's already got the skills, and he is refining them.

When I think of him, and other Patriots like him, especially those who get to deal with him in his Tribe, I feel better.