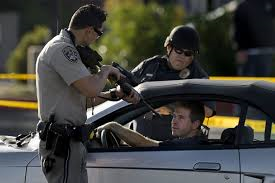 The polls in the right column offer interesting insights to the people who choose to come here and read.  One of the greatest assets of traveling and sharing CQB skills with Patriots over the summer was the ability to meet in person, take the measure of one another, build trust, cohesion and morale.  As a result of our face-to-face discussions, I knew how the polls at right would be answered.  I know where most of you stand, how ready you are to join John Parker on the Green, and in some cases, who is ready to be John Parker.

Something else I know about some of the folks who come here, folks who generally seek the same outcome as do I (Liberty) - some of you wish I would shut down the blog, or at least change my tone or rhetoric.  I also know some have discussed making that happen, with or without my cooperation.  I also know I have some allies who would show up at the X spot on the map if I asked for help, and they'd be loaded for bear.

Here is something I'd like to ask:  Do you think Patriots have the moral right to resort to proactive violence, right now, given the behaviors of the Enemies of Liberty, if they decided to do so?

I'm not calling for action.  This is a discussion, only.  I'm not asking any "...what if..." questions.  I am not even going to identify targets, other than to say thou shall not murder (quite different than thou shall not kill) and no malum in se is permissible, even in this rhetorical.  I am not asking what your trigger or tripwire would be.

Simply stated: Have the Enemies of Liberty already crossed the line so far that Patriots would be on the proper side of morality if they started hunting today...

93% of you who answered the poll said that the Rule of Law is dead...

Most of you recognize the stupidity and emptiness of the "No Fort Sumter" rule, given that the Enemies of Liberty violate that standard every single day of the week.

If a Patriot, or a Team of Patriots, went to the Green tonight, would you agree that they hold the Moral High Ground?

The poll is at right.  Yes, I think I know how most of you will answer - because many of us have met, and talked, and sworn Lives, Fortunes, and Sacred Honor.

Please take a second and answer the poll, and let your fellow Patriots know where you stand.