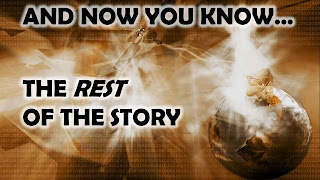 You have all watched Mike Vanderboegh launch a full-scale assault this last week or two against me.

Now Mike is attacking my wife, and even his most rabid, mouth-breathing sycophants are backing away from him.  No real man attacks a woman.

At the moment he is trying to interpret a part of my ServiceMagic case -- a case that Holly and I brought against ServiceMagic -- trying to spin it as if we lost the case and owe them money.  Bunk.  I am compelled to write this because the level of idiocy and complete disconnect with reality coming from Camp Vanderboegh is reaching proportions that should lead his family to consider having him put in a psych ward for observation.  Really.

Even current lawyers will fall asleep if I talk too much about the crap Mike Vanderboegh has on his blog page tonight regarding a "Judgment."  So I'll keep this to just a few sentences.  My HVAC company did well over a million dollars in a single year using many domains we owned (such as PotomacHeating.com).  ServiceMagic bought the same domains, adding only a hyphen to change the name, then use Search Engine Optimization to steal our customers. (They bought "Potomac-Heating.com" and such).  We filed suit in Federal Court.  Because of the new Iqbal & Twombly standards necessary in a complaint, the case was kicked back, (without prejudice for you lawyer-types) to stage one before the court ever considered the merits of the case.  The Judge essentially told us to fix our complaint and re-file -- which is most assuredly on the agenda.  The "Judgment" Mike seems to think is some sort of smoking gun is not a court fine, a court-imposed settlement, or even a requirement to pay the lawyer fees for ServiceMagic.  Essentially, we have to pay for some postage from the other firm, if they ever send us a bill.  Guess what - they never sent a bill, because they know we are coming back. After more than a year of ServiceMagic paying for two high-dollar law firms in two different states to defend a case against little ol' us, I think ServiceMagic would like to see us go away forever.

Think we had no win in that case, even before we got to trial?  Do you know ServiceMagic changed their name?  Yep - they go by "HomeAdvisor" now.  Do you know the Senior Vice President in charge of the matter was severed from the company?  Gee, I wonder why a $55 million dollar per quarter company changed their name and personnel...

That former Senior Vice President made exactly the same mistake Randy Booth at Red Dot Arms made: We emailed him nicely and asked him to stop. We didn't ask for ANYTHING other than "Please Stop." But it seems he, like Randy, was feeling invincible, so he: (1) lied in writing, and  (2) underestimated the consequences of his actions.

Mike is simply seeking to goad me into losing my cool and threatening him or making some mistake to get him off the hook regarding his actions with Red Dot.  Sorry Mike, ain't gonna happen.

Holly and her legal team are not focusing on "ServiceMagic" at the moment.  Know why?

Folks, Holly and Jim Miller don't want this stuff discussed while the lawyers are doing their thing.  They are not wrong.  As my title says, this is my final public discussion of Mike Vanderboegh until the lawyers are done with him and Randy Booth at Red Dot Arms.

It's times like this that I wish I had earned the right to say "Mike, have a very SF Day."  But I never wore the beret.

Here is the really important part, and the biggest reason I wrote this post: - if you won't stick up for your wife when she is being maligned and lied about online, I don't want you inside my wire.