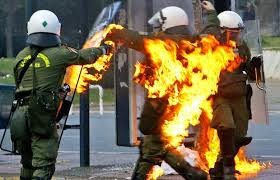 Many folks have let me know they miss my outside-the-box tactical MacGyver stuff.  So, here's one that you can apply in many situations.  It is easily concealed, extraordinarily simple to install, rugged and absolutely guaranteed to make any Bad Person who is giving you static reconsider his immediate course of action.
Disclaimer, to paraphrase Jim Miller: For entertainment purposes only.  Objects in mirror are closer than they appear.  No animals were hurt in this production.  Your mileage may vary.  If your penis remains erect for more than 4 hours, seek medical attention, or your wife...

This is a standard 12 volt automotive fuel pump: 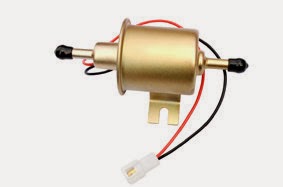 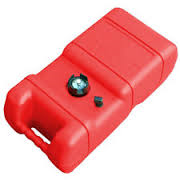 ﻿
﻿
This is standard Fuel Line: 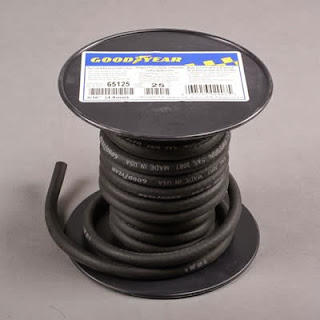 This is a standard 12vdc double-action switch: 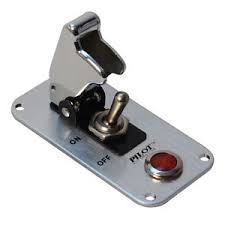 This is a standard 12vdc Igniter (Hot Surface, which means when you apply power to the igniter, if gets hot - 1300 degrees Celsius): 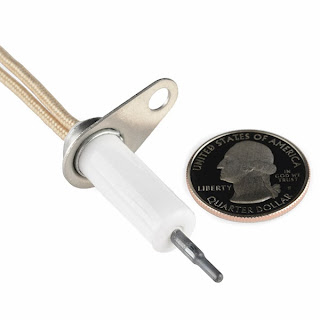 This is a standard fuel nozzle that turns a column of fuel into a mist - you can buy many spray patterns and GPH (gallons per hour) nozzles.  For this exercise the nozzle is optional, and may even be a detriment - your fuel pump can only push through X resistance and a nozzle may limit range to an undesirable factor.  Personally, I'd run without the nozzle and shoot a stream of fuel from my fuel line)  But, of course, I am a humanitarian and think all Human life is sacred, thus I would never even dream of building such a horrible, mean contraption. 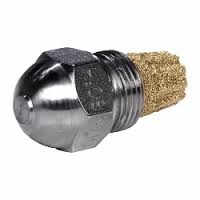 So, application:  Fill your fuel tank with fresh gasoline.  Mount your pump securely in an inconspicuous place.  Run your fuel delivery lines to the locations you'd like to deposit fuel.  If you use the nozzles, install them at the end of the fuel line run. (Be sure you test the system to ensure your pump can deliver enough forces to drive the fuel properly through the nozzles.  Fuel injectors can serve the same purpose with less resistance).  Now for wiring - you need a standard 12 VDC battery. Mount your switch where you will be able to reach it in a SHTF moment.  You can also replace the manual switch with an IR switch from an alarm system, or a sonic switch, or a laser switch - just be careful you consider the potential for an innocent who may trip the switch.

Now install your igniters at the end of each fuel line run so that as fuel spews forth, the igniter is close enough to set the fuel afire.  Wire everything together, and you have one mean anti-personnel deterrent.  Wire it so that when you flip the switch you power the pump, which gets the fuel spewing, and it cycles the igniter which will take a few seconds to heat to ignition temperature - allowing your target to get soaked and the air to get thick with fuel.

Where do you install?  Wherever you want to deny Bad People.  If you want protection from a Stack, fixing lines around your front door and porch is a good place.  You can camouflage the devices easily.  You can also bury the lines and let the fuel nozzles spray upward and over your sidewalk like a sprinkler system, so that by the time the Stack reaches the front porch, they are already soaked in fuel.  Only an idiot (don't discount the possibility) on a LEO Stack is going to trigger an AR or sidearm when the air and his clothing, face and hands are soaked with gasoline.  Yes, muzzle blast will ignite the fuel.

Another place to consider installing such a system is on your Bug Out Vehicle.  Secure a nozzle to points where you expect a Bad Person to stand as he scolds you for your driving habits and orders you out of your vehicle for a TSA "Safety Sweep" - say on your mirrors, pointed in the right direction.  Perhaps under your rocker panels aimed outward to soak feet and shins.  Flip the switch and drive away.

You could also aim a few nozzles that shoot heavy streams rearward from your car, to where a Bad Person's car may be parked behind you.  Flip the switch and watch his rig burn.

Following the buried lines/sprinkler concept, bury lines in such a manner as to create an E&E path for you and the family to use that covers your exfil route while they worry about more important matters, such as burning to death.

Chokepoints in your home make great locations for such mantraps.

Yes, you'll lose your home.  But be real - if you've reached a point that a Stack is coming, you've got to move anyway.