Still think foreign intervention is not possible during the North American Liberty Games? 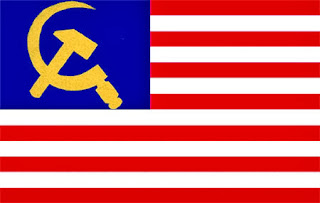 If you have considered it unlikely that we could find Chinese or other foreign boots on the ground during the imminent North American Liberty Games, and you have previously dismissed my reasoning that a secessionist state will almost immediately be faced with "Blue" states that invite powerful Marxist allies to set up shop within their borders (thus threatening the new "Red" states), perhaps you should note that both California and New York are already providing staging areas for Chinese Enemies of Liberty.  Stories have been running for several years that the Chinese are seeking (some stories say it has been approved, in secret) a 50 square-mile "Economic Zone" in Idaho - a city five times the size of Washington DC.

How many spies and smugglers and combat-ready special forces will be in these homes?  How much support do you think these people will get from American Enemies of Liberty in these states?  Hell, the politicians and bureaucrats in New York are already considering an entire city for incoming Chinese.  What do you think New York, California, and other Marxist states will do in a Balkanized CONUS?  They will invite foreign warships and ground bases and troops by the millions to settle here and colonize the continent.  Yes, your wives and daughters and other females will be reduced to breeders and entertainers and slave labor.