Turn, get off the line of attack, swell both of his eyes shut... 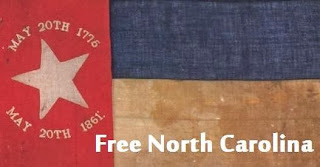 Brock has a story that CQB classes can appreciate.
﻿﻿
Guy hears a shotgun rack, then feels the muzzle against his back.  He handles the immediate threat in a way many will recognize.

I don't approve of his failure to properly end the fight, but he hasn't been through my class.  ;)


Once you get off the line of attack, remember the bad guy still has a f'n shotgun.  You can't stop at that point - you can't run faster than 00 Buck.

Once you get off the line of attack and turn the tables, throat punch that SOB, follow him to the ground to control the muzzle, then punt his head into the next neighborhood, after curb-stomping his face.  Twice.

Getting the muzzle out of your back is OUTSTANDING!

But leaving a bad guy with a shotgun able to shoot you 2 seconds later is a fail.

﻿﻿
﻿﻿﻿
﻿﻿
The images of Dixie and her young Ruffian with the Assault Rifle trained well together at Brock's PatCon this fall. Dixie wasn't afraid to pair off with big, strong men, and she proved wily and adept - quite able to handle mischief should it be so foolish to come her way.  With a strong man holding each wrist, the young lady managed to get her hands free to keep the fight alive, time and again.  With Holly she trained even harder, willing to flip and be flipped with a woman.  A Warrior if she were to ever choose that path.  A Lady by the Grace of God.
﻿
And it should be mentioned again, Miss Dixie has many, many III Big Brothers if she ever needs one.

Serious men with serious weapons and serious vehicles would begin heading to North Carolina if she needed to ask.  The Patriots would arrive without any sense of humor,  To a man, they would help their little sister.

Here's the story at Brock's place.