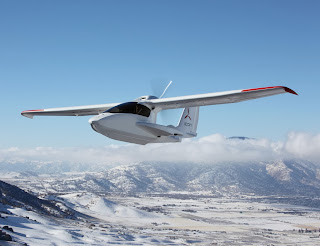 Whenever I ask a question of this audience, I am never disappointed with the politeness, expertise, and willingness to help.  I thank you all.

I asked a while ago about planes and rotorcraft, because in a WRoL/SHTF situation, mobility is going to be important.

Because of some of the information some of you shared so selflessly with me, I discovered a few things that will not only directly impact and help the people who come to the Redoubt, but to all of those people across the country who are building Citadel II and Citadel III and Citadel IV.  Didn't know that was happening?  There is a LOT happening under the radar, folks.  Much of what is happening is compartmentalized for obvious reasons.  But you can trust me when I say, there are small groups of very serious Patriots who may die - but they have no intention of making it easy or free.

Here's a tidbit for you.

The Citadel that so many of us are pitching in to help become reality is not a hidey-hole.  Yes, it is a place where we will be off the major lines of death and destruction in the early days of whatever stupidity is unleashed across America.  Our families will be as safe as we can make them.  But we are red-blooded Americans who want the America we were promised when we were born and when we read the words of Jefferson and Franklin.  And by damn, I'll either see it in my lifetime, or I won't - but I won't stop trying to get there.

The aircraft pictured above is called the Ikon 5.  It is a special class of air machine - it only requires what the FAA calls a "Sports Pilot License" which just about anybody can get with a Driver's License.  No, not kidding.  There are some rules - like you can only fly one passenger at a time, you can only fly to a certain altitude, they don't want you flying in bad weather, blah, blah, blah.  But show the man your driver's license, and you can fly one of these bad boys.  Impress your trainer, and he'll sign off so you can fly it without him.

Once you are literally able to get a plane into the air and back on the ground without a fireball, my guess is that getting the next license up in the food chain should be pretty simple.  And if some exigent circumstance requires that you borrow a Cessna, you'll probably live through the flying part of your caper.

By the way, the Ikon 5 can land and take off on water or land.  For you Spec Ops types out there, you already see the potential.  And there are classes for small helicopters that are just about as easy to get licenses for and to learn to fly.  Entry level for your own bird isn't exactly cheap, but it won't break the bank, either.  And if you buy in kit form and build it yourself, even cheaper.  But if you are the kind of guy with a few extra bolts after changing the engine in your Chevy - maybe you want the company to do the build for you.  Just sayin'...

For the Citadel, what does this mean?  A few know, and now you will know also: The people in the Idaho Citadel do not leave people behind.  If we have a III Patriot in trouble, caught by hostiles - we are coming to get him.  We have the men & the women with the grit.  We are getting the tools.

So, to every single one of you who has ever answered any question I have asked - I thank you.