The 3rd has been violated as well... 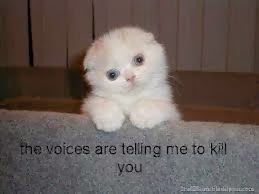 Quite often when our writers list examples of violations of our Bill of Rights, they claim the 3rd remains in tact, at least for now.  There is nothing malicious about their statement, they simply don't know or remember the Nevada family that was arrested for "Obstruction" when LEO took over their home while engaged in an action with neighbors.

LEO wanted to use the families home to station snipers or other members of the Team.  No warrant.  No exigent circumstance, other than the fact that LEO wanted a clean shot at the neighbors house.  When the homeowners objected, they had firearms pointed at them and were forcibly placed under arrest for daring to object.

You can scratch the 3rd Amendment off the list as well.  That's a clean sweep - all 10 have been murdered.  By an occupying force.  A standing army.  By men and women armed by the State who are willing to kill you for failing to obey their commands, regardless of the oath they took regarding your Constitutional Rights.

Right now teachers and others threaten families with Child Protective Services interventions if parents fail to comply with their demands.  Mark my words, Americans - we are not far from a Judge ordering that an "observer" from some bureaucratic organization, or a LEO himself, be assigned to the home of a family for 24 hours, or maybe a week, to ensure the child is not being abused, or some other such contrivance.  With for-profit prisons that need to fill beds, how long do you think it'll take before ObamaCare "advisors" (who probably worked for Acorn at some point) are assigned to live with "at risk" families.

Mischa could have never dreamed of such power.

You have few options when confronted with Evil.  You can actively participate.  You can try to ignore it, and hope it gets you last.  Or you can fight.

Killing an Evil thing carries no moral burden upon the Soul.

We have institutionalized Evil in America today.  Your Countrymen are conditioned to it.

Resist.  Then kill it.