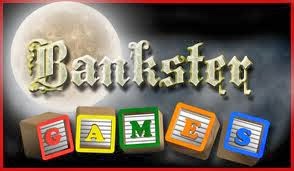 So what was all that chatter over the weekend coming from HSBC, both in Europe and China?

It would appear liquid either dried up or was imminent within the Chinese banking system, which of course would nearly immediately cascade throughout the world system and crash the whole thing in a matter of days.  You have to understand there are layers to this - the "Public" system and the "Shadow" banking system, in this case particular to China.  The public and shadow systems are parts of the same whole, and if one locks up, the other follows.

Unless, "someone" greases the gears to ensure the machine keeps running, just a little bit longer.  Grease is cash - liquid.  According to Denninger it was the "Shadow" side of the Chinese banking system that was about to implode first.  Then, "someone" agreed to cover one single transaction worth $500 million.

First, let it sink in that a mere $500 million dollar default has the capacity to be the first detonation in a global collapse.  Folks, in the global economy, especially when you consider the fiat economy, $500 million bucks is pocket change that you do not even bother to pick up from the sidewalk if it falls to the ground.  Remember, the US Fed ALONE "prints" 170 TIMES that amount, every single MONTH.

If you accept the spin coming out today that all the chatter about HSBC restricting cash transfers and such that we saw over the weekend was simply a "misunderstanding" about policy, I can't help you.  Now we know why the Dow was -335 on Futures to open this morning (the HSBC thing was real and unresolved) and then all of a sudden the Dow Futures went to -37, then into the Green! (HSBC was resolved behind closed doors, and the important money players got the news).

I have warned time and again that millions of very clever people work every day to make this system limp along just a little bit longer.  We got to watch some of that play out over the weekend.  Right now the system is closer to snapping than anyone wants us to know.  Can they bolster it?  Sure, here and there, but the patches can only last for X.

The takeaway: The threat of a $500 million default is sufficient to lock up the entire global economy - and that is a machine that can't tolerate being "locked up" for more than 48 hours before it suffers catastrophic, cascading, irreversible failures.

How does the Patriot translate this to useful Intel?  You understand that the system is very, very close to that last straw at this moment in time.  And when that straw hits the camel's back, you will have about 48 hours to invoke your protocols and be ready to defend yourself.

...and if part of your protocols involve getting cash out of the bank, you are already dead.