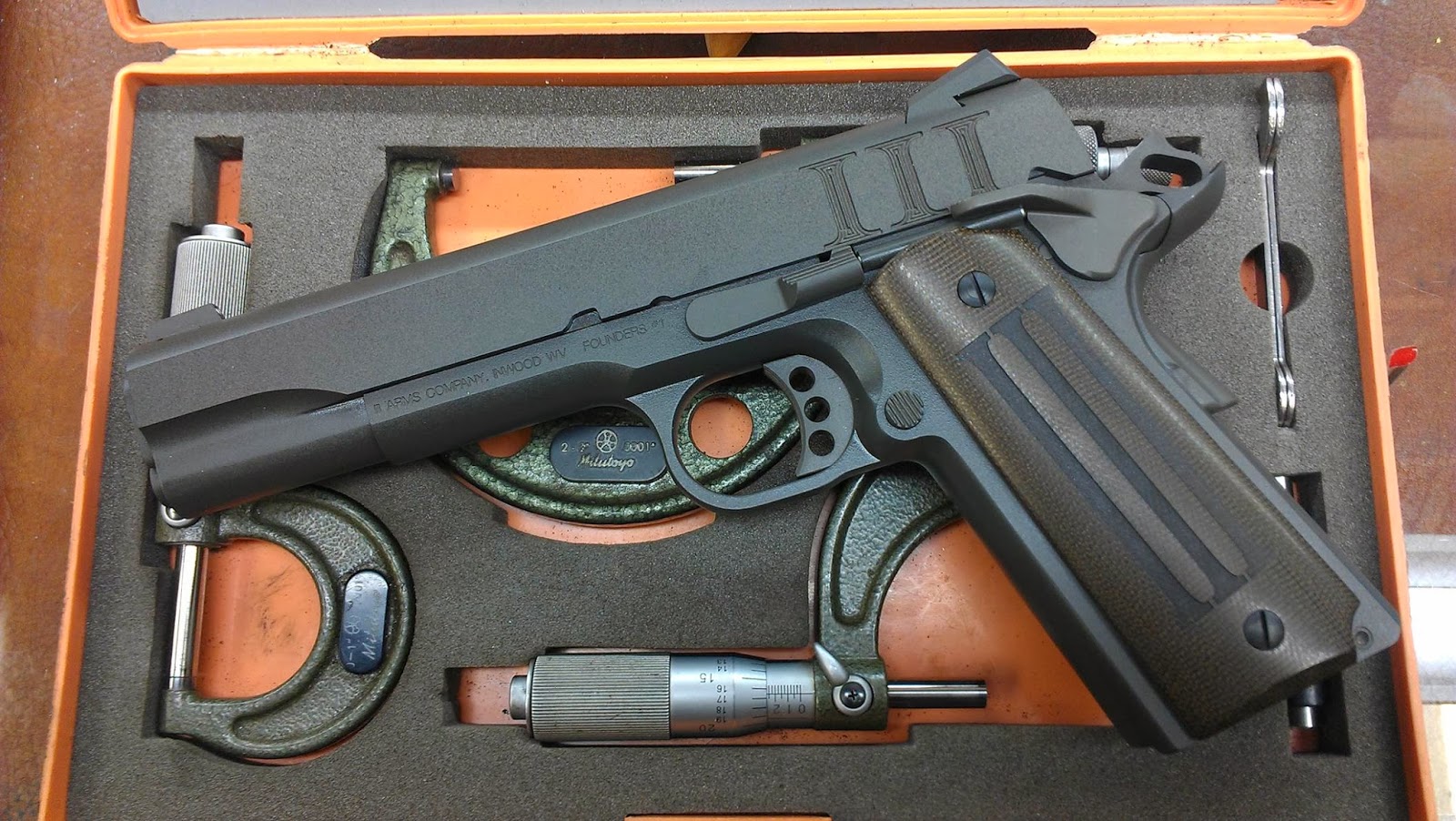 **UPDATE**  The owner of Founders #1 has nicknamed his new III Arms 1911 "Lexington".  I simply can't convey the honor I feel that he has taken this name, because that is why III Arms exists - For American Patriots like Captain Jim Parker and the men who stood at his shoulder on that famous American day.

I don't think much more needs to be said by me.

I'm not the shuttin' up sort, nor is Jim.

May she kill her share of Communists in the hands of a Patriot.

BTW, a bit of backstory that will one day be told to children around campfires by the survivors of RevWarIII as ol' Gramps talks about how he and his fellow Patriots beat back the red tide of Commie Plague, he'll hand his grandson or daughter his trusty III Arms 1911 and explain something that isn't in any of the books...

"...you know, little one, not many people alive remember this, but a Patriot in the west sent the man who built the first III Arms firearms, all the way in the east, a set of his deceased father's fine micrometers to help build firearms for Patriots.  That first 1911 was dedicated to the man who owned those micrometers - Kirk Lane. They were used on many, many firearms that found their way into Patriot hands.  We won that damned war because many real Americans had a hand in it, real Americans from coast to coast and border to border, and even some real Americans from the grave, joined up, remembered our First Principles, and killed a fuckload of Commies..."

Tribe.  Based on Principles.  Such a Tribe can never die, even spanning generations.