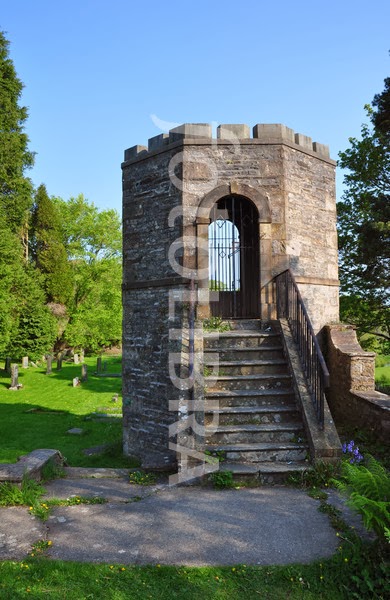 Construction guys: In the old days a tower such as above was probably built on a foundation that was dug and filled with a rule of thumb guesstimation.  I'd imagine a hole was built and large stones chucked in to ground level, then building would begin, including mortar.

I may be dead wrong.

But given the probable age of this tower and its lack of tilting, cracking, falling down - it seems to have worked.

Second Issue:  If a rule of thumb guy wanted to dig a functional trench covered with a light coating of soil, what would the rule of thumb engineer suggest he do?