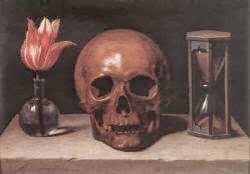 As we know from history, the forces of the State are always one of the most important factors in any potential revolution.  Afterall, in most cases they have the guns and the revolutionaries have bricks.

America is different.  Both sides have guns.  Both sides are willing to use those guns - probably far more gratuitously than other governments and potential revolutions.  Add to the fact that our Founders and Framers left us explicit written "permission" to go to those guns when our leaders rendered themselves obnoxious.

I have taken the position that American Counter-Revolutionaries - those of us who believe in Liberty - can incapacitate the ability for regime forces to fight AND neutralize the will of those armed forces of the regime to fight, in a week or less.  Further, I have said it can be done with as few as 100 serious Patriots, though 400-600 would be ideal.

What is needed: Patriots with balls and the courage to stand up and say Fuck You - with more than just their mouths.

To date I have offered several incidents to study to lay the ground.  We'll recap them and I'll add a new one.  But remember this fundamental truth: Their is no King of the III.  You will be operating without orders.  And what are those standing orders?  In the absence of standing orders, go find something Evil and kill it.

Study Material: Dorner.  This one man shut down the second largest metropolitan area in America, made the entire collective police forces of SoCal shit the bed.  Dorner's biggest problem (and one that works in our favor) is that he was not as good as he thought he was.  With all of his advanced ninja .mil and LEO training, when he went rogue without the infrastructure and manpower he was used to having at his back, combined with his lack of off-the-books support elements, he went down.  But make no mistake - Los Angeles was shut the fuck down by one man and thousands of Bad People were wetting their panties.

We concluded that if every man and woman with a gun and badge on the payroll of Bad People were suddenly absorbed into the ether (or otherwise convinced not to follow orders to point muzzles at Patriots) the entire system of governing by force would be over, immediately.  No bureaucrat or politician is going to pick up a firearm and shut your kids lemonade stand down.  They rely on the guys and gals with guns.  Neuter the guys and gals with guns, you take the fangs and claws from the beast.

The next case I encouraged you to study in-depth was the Beltway Snipers.  They shut down the DC area for weeks.  They had every LEO working round-the-clock to find 2 guys.  Civilians pumped their gas while ducking behind their cars or by, literally, driving 50 miles outside the DC area where Malvo had not been hunting.  Study the actions and reactions.

My next task was that I sent you out to find me just one simple case where a bureaucrat or politician who went and did his own dirty work - like shutting down little Sally's lemonade stand.  They always get armed men to do that work.  And if no men are willing to do that work, the work will not get done.  For the record, not one person was able to provide me with one single example of a bureaucrat shutting down a citizen without armed LEO at his shoulder.

Then, I asked you to refresh your memories regarding the Battle of Athens, Tennessee.  Citizens armed up, geared up, and went to the Courthouse.  The result - Bad People left.

Americans today can't have a rational discussion with our politicians and bureaucrats because they have men with guns, who will use them, to ensure that it is their mandate that wins at the end of the day.

Study assignment for tonight: The Los Angeles Riots.  LEO couldn't handle the problem, and many of them took their uniforms off and went home.  Study the acts and reactions.

History has shown that LEO and .mil will, at least in the beginning of any disturbance, pull triggers on the orders of bureaucrats and politicians.  This will not change.  The folks headed to DC on May 16 have the potential of being a modern Boston Massacre.  Americans do not change regimes by mobs.  Americans will unleash .223, .308 and .50 BMG garden hoses on thousands before they allow a mob to force a regime to resign.

What are a few other assumptions that are safe: America is too vast and under-staffed with LEO to cover everywhere at once.  We know LEO goes to ground in the face of real danger (See LA Riots).  We know that without LEO the bureaucrats and politicians are defenseless.