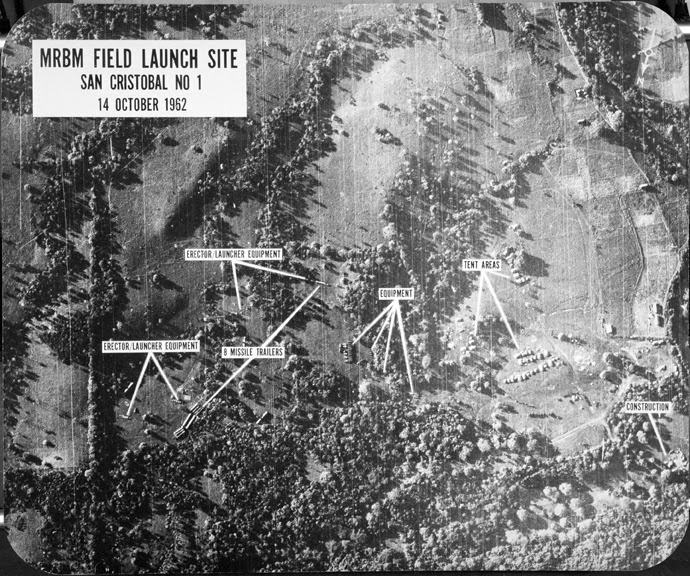 I was not alive during the Cuban Missile Crisis, but I know my history and I have been lucky enough to have had first-hand reports over the years of my youth from people who were at various levels on the inside as those days ticked into history.
Those of you who are old enough to remember those days must be beginning to feel a sense of deja vu all over again right about now.  You probably are also feeling an added sense of dread.
To borrow a line and take a bit of license: Barack Obama is no John Kennedy.
And Vlad is harder than Khrushchev.
Ego and Face (Yes, Virginia, they are very different things) are very dangerous aspects of the Human animal psyche if not properly developed and controlled.  The capacity for a man who has never tasted a backfist to take a bad decision based on his own unrealistic assessment of his abilities, when the stakes are as high as World War III, is significant.
Scheduled or not, ordering the U.S.S. Truxton into the Black Sea on the same day the Crimean Parliament voted to remain allied with Russia is exactly the sort of bad decision I am talking about in the prior graf.  I can only imagine the reaction of the Commanding Officer of the Truxton when ordered to carry on.  He and his crew are now potentially the trigger of WWIII, and nothing the Commander and his crew do can affect the outcome.
Simply sending that ship into Russia's Black Sea - yes, it is Russia's - POTUS has taken a decision that no Russian can take as anything less than a national challenge, and the average Russian will look to Putin to protect Russian national pride.  Yes, the Russians are a proud people, whatever we think of them.
This was either an amateur mistake made by a POTUS who has never tasted a backfist, or it is something even more sinister - a lamb being sent to slaughter.
I don't care what you think of our President, the Russian President, the people of Russia or Ukraine, our US Military, or anything else.  Tonight, think about the men and women aboard the U.S.S. Truxton.
History is rhyming, right now.
As an ally reminded me: Remember the BRIC alternate financial market.
And here is the analysis from the Economic Collapse Blog.
Patriots: You have protocols.  Be ready.
Kerodin
III
Posted by K at 3:33 PM