Real-world politics...barrel of a gun 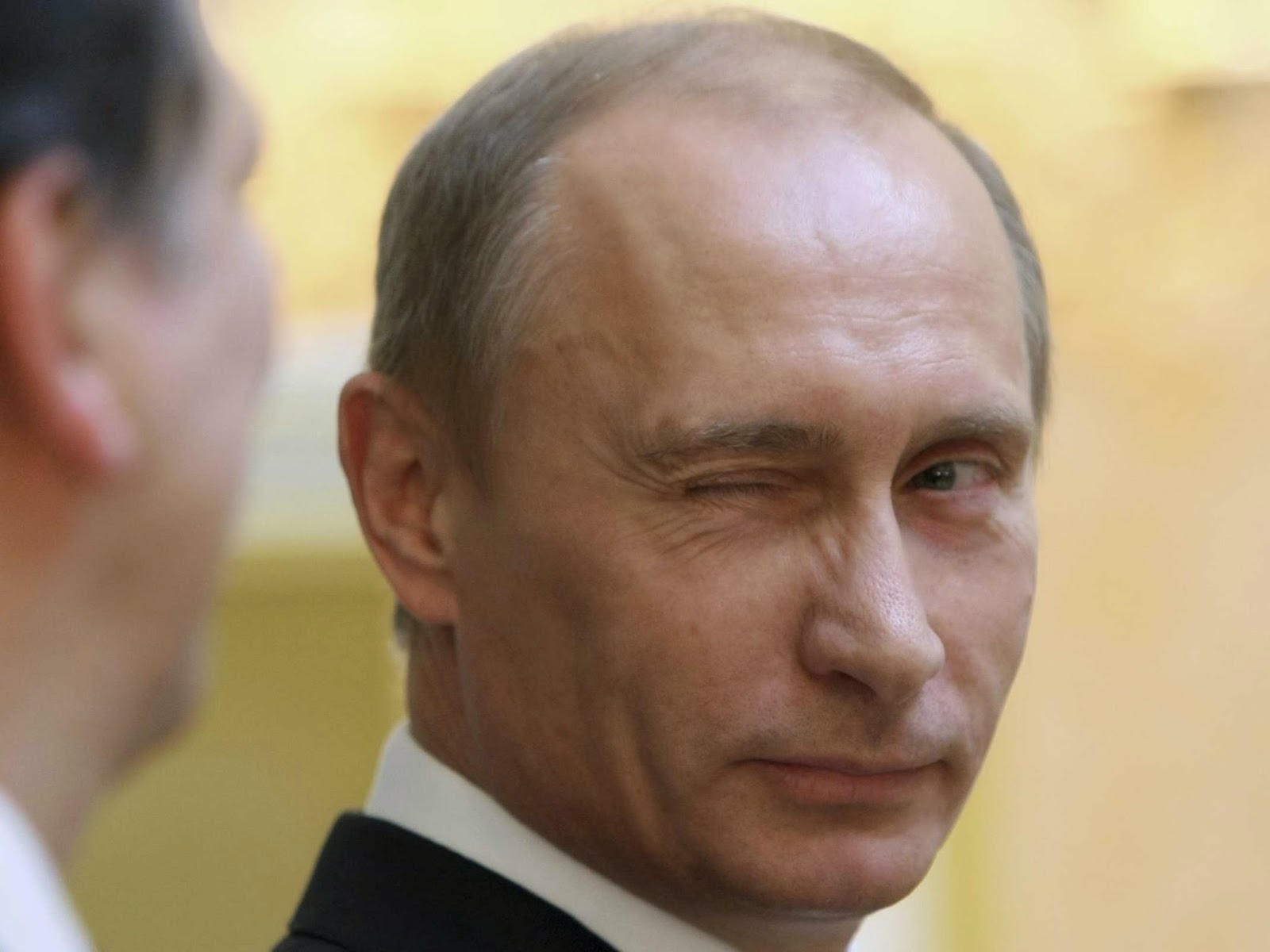 KIEV, Ukraine (AP) — The mayor of Ukraine's second-largest city was shot in the back and pro-Russia insurgents seized more government buildings Monday as the U.S. hit Russia with more sanctions for allegedly fomenting the unrest in eastern Ukraine.

Impeachment is a recent invention, brought to our Founding Documents by Benjamin Franklin.  Until Mr. Franklin offered the concept, there were only two options for dealing with politicians/tyrants who violated their mandate - tolerate it, or kill them.  My thanks to CA for sharing that history with me a few years ago.

I have a very strong moral compass.  (Stop laughing, dammit!)  I despise lying - even though I am totally comfortable parsing a sentence until it screams and dies.  But I consider myself firstly a realist.  I'd like the people of the world to interact with one another from a place of honesty and respect - but I am not willing to wait for another million years for the species to surpass itself.  Afterall, my goals have little to do with the realities of species survival - evolution won't go that way - certainly not in a short million years.  But more importantly, I do not think any man is obligated to endure any other man who intends to infringe his personal, Rightful Liberty, until such time as the oppressor Awakens and throws himself at the feet of the mistreated, begging forgiveness for his errant ways.  F that.

Impeachment is a nicety - a politeness offered by a civilized people.  It's like Mom giving her brat the courtesy of counting to three before she commences the beating for bad behavior.

Politicians and the Master Class have short-circuited Mr. Franklin's kindness of Impeachment.  To my mind, they have willingly thrown away the one barrier that a moral people have to abide when being mistreated.  It is the politicians/tyrants themselves who have returned us to a state of having only two choices: Endure the tyranny, or kill the Fucktards.

So, am I outraged that pro-Russians shot a Mayor in the back who stood between them and their self-determination?