Can you say Alien & Sedition? 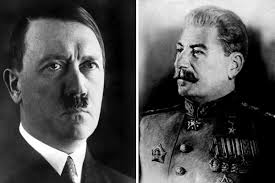 Anyone with even a passing understanding of the history of Stalin and the Soviets, and especially Hitler as he laid the ground for his "legal" tyranny, has got to see that America is heading there, right now, at full speed.  You and I know that we are living the same paradigm as did the Jews in Germany before the war.  Many of them knew what was happening, yet cognitive dissonance allowed them to lie to themselves, all the way onto the trains.

Are you and I any smarter?  We know the history of the Jews and Hitler.  We know through the written history that he did everything that our Government is now doing.  We know - because so many have said so in public - that many people in this country believe you and I should be imprisoned, re-educated, or murdered for our beliefs.

If we are smarter, then I ask you, how long will the window of opportunity remain open to us?

We know what they are doing.  We know how they plan to do it.  We know their playbook.

And we know who will do it to us.

Remember the guy who lamented he did nothing when he heard the boot steps in the hall?  He and many others just hoped the murderers would knock on another door.  He decried that no one dared kill the men coming to make the arrests.

How much more do we need?

How much more time do we have before all we will be able to do is lament our own inaction for generations to come?