How the Bear hunts 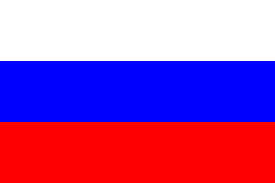 LAX air traffic control fried the other day, in such a manner that it required US Air Force techs to get it back up and running.  The speculation: One of those Russian bombers that has been probing our coasts deployed a non-nuclear EMP.  While an interesting and reasonable possibility, I have one concern: If it was not the Russians, then our FedGov is playing a dangerous game.  If it was the Russians, they are not merely poking our Regime or testing defenses for PR points.  Delivering an EMP payload on LAX is unquestionably an act of war.  Russia would not do such a thing unless they were ready for that war...

That should help you sleep tonight, huh?

Second story is over at NCRenegade.  He's got the story that in the same time frame Russia launched two SLBMs that scored hits on their targets inside Russia.  Of course Russia is calling this merely War Games - but what else would they call it?

RevWarIII will be fought at the same time as WWIII.  Even if all the above is merely "games" - someone will mess up, somewhere, on one side or the other, and go too far.  That is the one aspect of Human Nature of which I am certain.