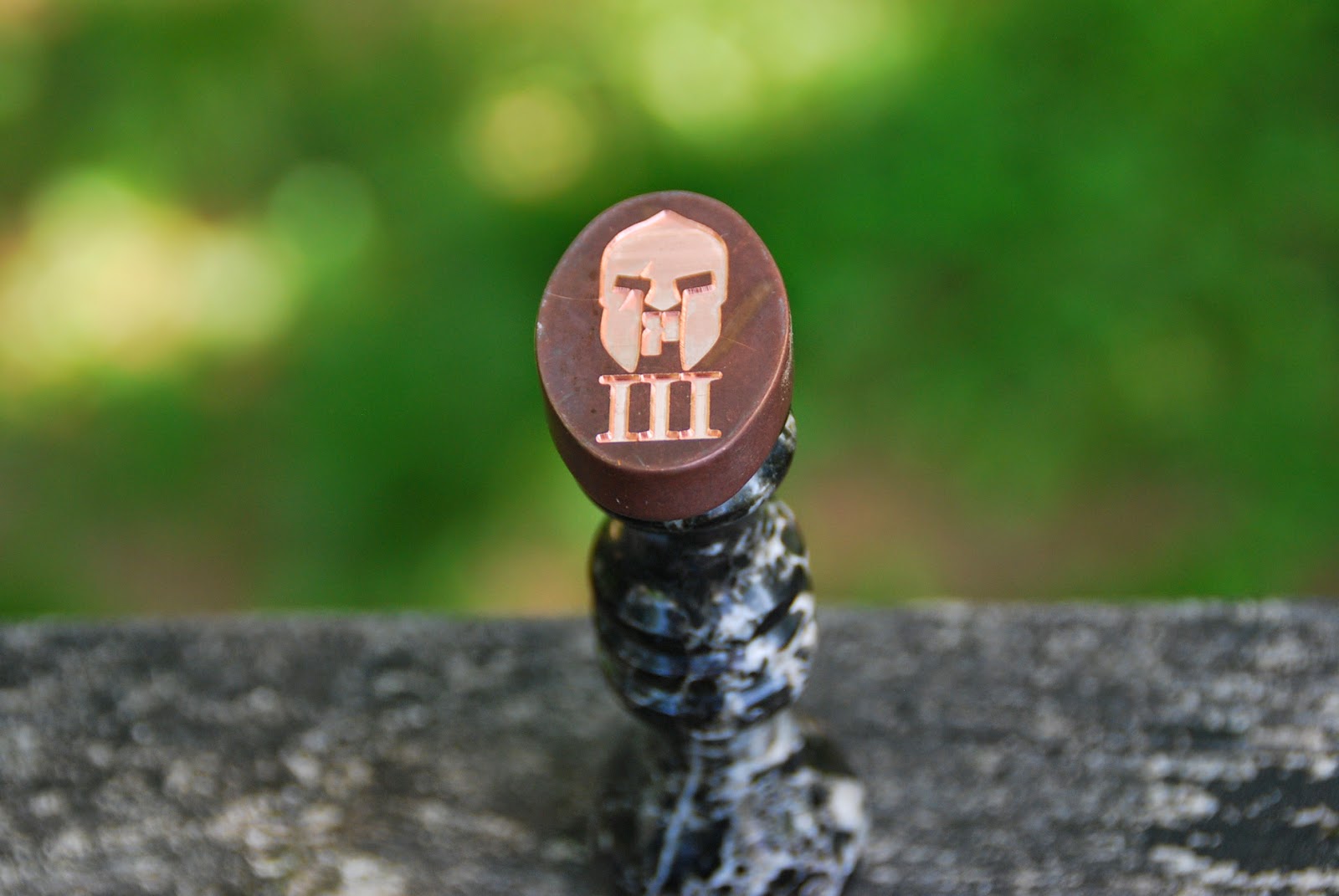 I finally decided to pull the trigger.

When we go old school (and the Grid doesn't have to go down to go old school once in a while) my personal correspondence will be adorned with an old-fashioned wax seal.

Mine is 1.5 inch oval, copper head,  the handle is high-polish black Zebra marble. 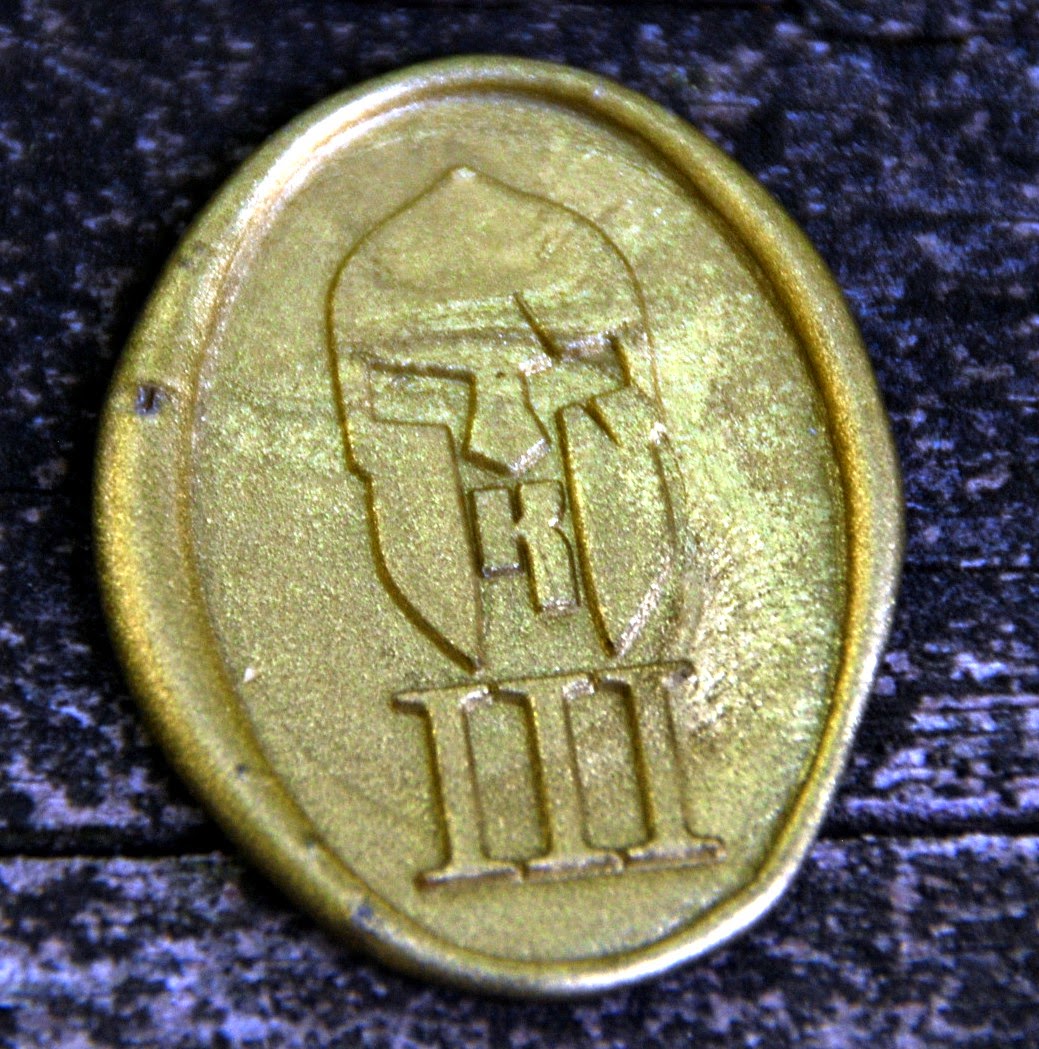 My seal is hard to make out in the pic - it is our III 300 helm, with the scar, the III at the bottom, and between the cheek guards I have a stylized "K".

My first two attempts with wax were absolute Fails, so I'll have to play with it for a while.

Here's the one the company made for me - it looks damned good.  And different color wax can accentuate detail.

One of the primary reasons I bought it is much more important than the old-school sealing of papers.

There are III Patriots and Militia (Just so you Militia guys know - The fact that you are Organized Militia means, without a shadow of doubt, you are a III Patriot.  But I'll continue to make the distinction for a while) who will be receiving letters of thanks, letters of commendation, and other correspondence from me that deserves a personal touch.  You Patriots will see this wax seal first.  And a few Enemies of Liberty will probably become familiar with it as well...

I am proud to stand among you all.