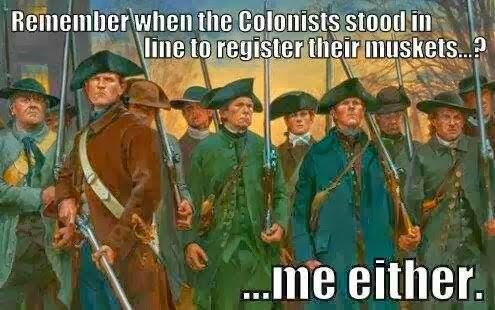 "I ask, sir, what is the militia? It is the whole people, except for a few public officials." - George Mason, in Debates in Virginia Convention on  Ratification of the Constitution, Elliot, Vol. 3, June 16, 1788

I have been made aware of a troubling disconnect in the Liberty sphere.  I have known for many, many years that "The Militia" has been demonized by MSM, targeted by FedGov, and has a reputation among a very large cross-section of America of being undisciplined, out-of-shape, cammie-wearing Navy SEAL wannabes who get together once in a while, run around the woods pretending to be John Rambo, then get to work afterward on continuing to shape their beer-bellies while congratulating one another on their bad-assedness.

What I did not know, as it never even once crossed my mind, is that stereotype exists in the minds of some Patriots.  Folks, if you buy into that stereotype, I am going to ask you to step out of your assumptions and reconsider your position based on interaction with actual Organized Militiamen in your AO.  Somewhere in your area exists an Organized Militia unit.  I implore you to seek them out, take the time to meet them, and with an objective mind, see if your pre-conceptions apply.

Constitutional Organized Militia units - not all, but most - have a deep commitment to defending the Constitution.  Many of these units perform community aid actions during natural emergencies.  They often collect and deliver food to local food banks.  You'll never read about these things in MSM.

It is very important we understand the truth about Organized Militia.  First and foremost, these people are not professional soldiers, and they are not trying to be.  They come from all walks of life and professions, bound together by the common goal of wanting to support and defend the Constitution and their homes.  There are certainly former .mil in their ranks, so their competency regarding military skills should not be under-estimated, with the original caveat that these people are not trying to be front-line professional, high-speed soldiers. 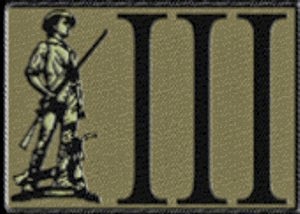 Militia pre-dates the Constitution and the republic.  Congress has no authority to control or regulate the Militia.  If particular Militiamen and units choose to accept and respect statute, that is a choice I will respect.  But I will also respect those who rest their authority on Natural Law.

It is time that we in the III and the broader Liberty Movement (those of us who are not part of any Organized Militia unit) to make certain the world understands there is no daylight between us and our Organized allies.  We are all Militiamen.

To that end it is important for us unorganized Militiamen to understand a legality that matters: If you take arms as an unorganized Militiaman and you are NOT wearing an identifier that says the word "Militia" on it, then you are not afforded Militia protections.  You are an "Illegal Combatant".  Yes, I know it is a distinction our enemies will not respect.  But it is a formality that you and I should respect.

To this end, to show our Organized Militia allies we stand with them and will defend them against political enemies, and to bring ourselves into proper standards, we have ordered a supply of III Militia tabs for our III Patriots to wear when in the field.  You and I are the Militia and we need to stand tall and be counted as such.  We are unorganized Militiamen, we do not belong to a formal, organized Militia unit, we have no rank, no dues, and we do not surrender our III status - we simply stand proudly with our organized Militia allies, and we claim the rights and protections of being an identifiable Militiaman.

I placed the order this evening.  It will take about 2 weeks to receive the patches in the shop, then we'll turn them around and ship out.  I am pricing the tabs as a fundraiser to help with other projects that were discussed at PatCon, to be revealed here in the coming few days.  Help us all by purchasing a tab (or a few tabs for your gear), stand tall and proud as a Militiaman, and prove to our Organized allies there is absolutely no daylight between us.  We stand with them.