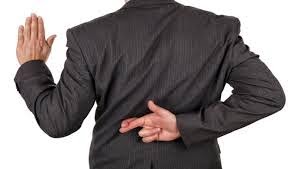 I hope no Patriot continues to look at the monthly economic numbers coming from FedGov as any sort of actual indicator of the state of the economy.

This month FedGov claims 288,000 new jobs were created last month, and the new unemployment rate is just 6.3% a drop!  The magnitude of these lies is stunning.

That's awfully close to 1/2 of the population who could work who are not working.  FedGov refuses to include those 92,500,000 in their unemployment rate.  If they did, America would have an unemployment rate of damned near 50%.  And just because FedGov refuses to count those people doesn't change the reality - damned near 50% of the population who could/should hold a job - do not.

The people in our Government lie to us on a magnificent scale, on most topics, with very little effort applied to even creating a good lie.  It took me fewer than 5 minutes on Google to come up with the analysis above.  It takes nothing more than a bit of arithmetic.

When you consider that only about 50% of those able to work are working, and that by official numbers 1/2 of the entire population receive Government handouts - the arithmetic screams: 1/2 of the population works, providing the essentials of life for well over 1/2 (the total is 80%+ when you factor SSI, Medicare, Medicaid, and all the essentials of life within the average home like raising their own children).

As CA reminds often: That which can not be sustained, won't...

The people in our Government are lying to us on a scale that is unmatched in our history.  They are lying as we scream toward the cliff - telling us to stop believing our lying eyes - there is no cliff.  They know as well as we know there is a cliff, and we are going to hit it at full speed.  Not one single policy from Washington or our state capitals is designed to genuinely fix any of the problems we face.

They mean to let us hit the cliff, and they will continue accelerating all the way to impact.

Then they mean to put the pieces back together - fundamentally transformed.