You will see this again... 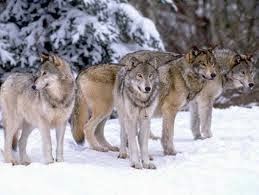 RevWarIII is underway.  I am not going to stop reminding you of that fact.  The moment you lower your guard, you get tagged.

The Stamp Act, which ticked off more than a few Americans, was in 1765.

The Boston Massacre was five years later in 1770.

It would be three more years before Tea was dumped in Boston Harbor in the end of 1773.

Captain Parker and his men met the British about 18 months later in 1775.

More than a year would pass before the Declaration in 1776.

What is the point?  War is not always fighting and violence on every street in every town from the day violence begins until one side or the other is defeated.  Life goes on, often with little impact from the war.  This war will be no different, in many ways.  The first backfist was in October, 2013 when the Barry-cades were returned to sender.  The first time Americans took to arms in RevWarIII was about six full months later, and Lexington Green was in a wash in the desert of Nevada.  Mercifully there was no bloodshed.  Stunningly, for the second time in a row, the first two engagements of RevWarIII, .Gov backed down.  That is NOT an insignificant matter.  Do not think that will go unanswered.

How much time will lapse before the third engagement between Patriots and the Enemies of Liberty?  We can't know.  We do know there are hundreds of potential flashpoints across our beautiful country.  Connecticut and New York seem very possible.  We shall see. Just understand - we are at war even though enemy forces are not engaged in running firefights in your neighborhood - or any neighborhood - at the moment.  In theory, years may pass before the next confrontation - though I personally put zero faith in that likelihood.

I have said time and again that every answer we need was already given to us by our Founders and Framers.  On top of that, they warned us exactly what would happen if we ever failed to do our duty to enforce the limits of the Constitution upon those who would be our Masters.  They warned us.  Here we are.  They also showed us how to rectify the issue.

The beauty of the English language is the ability to nuance, and to be surgically precise when you wish to be.  Concerned American used the word that you will now hear from me time and again when I discuss the aftermath of RevWarIII: Extirpate.  There is no other solution that is acceptable once the Enemies of Liberty have been routed from the control levers of our society.

Extirpate: verb - to root out and destroy completely. 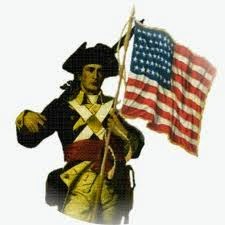 But, my friends, we can not make the same mistakes that were made in both of our previous revolutions.  We simply can not leave Enemies of Liberty among us to breed and slowly, as Jefferson warned, pervert our country once again to tyranny.  Mercy must not be allowed to be defined as forgiving our errant Countrymen of their sins and permitting them to remain among us only to continue working quietly to undermine Rightful Liberty.

At Brock's NC PatCon last weekend a ground-breaking event took place.  Very serious and influential Organized Militiamen attended and met many of our most serious and influential III Patriots (all members of the unorganized Militia by historical precedent) and we began the work of building an alliance the likes of which has never been seen before in the Liberty Movement.  As Sandman noted in the evening as we all sat together and built trust, there were surely men and women at DHS running about as if their hair was on fire, for they never war-gamed this scenario.

There is no daylight, as far as I am concerned, between III Patriots and legitimate Organized Militiamen in America.  We will continue to build the bonds of trust and support.  We will work together to take dangerous people from the control levers of our society.  Sandman got the ball rolling, make no mistake about it.  For those of you already writing the history of RevWarIII, do not miss that fact.  Sandman trusted we III enough to put his credibility on the line to introduce us to the Commander of a significant Organized Militia.  To say we hit it off immediately would be an understatement.  And not only is Colonel Yingling a serious Patriot, his XO is also a squared-away Patriot.  They have my support.  Period.  We know who the Enemies of Liberty are and we know they are attacking us, right now.   Those attacks are not free.  Count on it.

Stand and be counted, III Patriots.  You probably have a Militia unit within a half-tank of gas from your front porch.  I would ask you to reach out, take the initiative and go meet them and shake their hands.  You don't need to join the unit.  Just let them know you support them.  Then find some way to prove you support them.

You want Rightful Liberty back in America?

It's on us.  The enemy has a plan.  The enemy trains - every flippin' day.  "Law Enforcement" Officers now train in ghillie suits - to snipe you.

We have a plan as well.  LGoPs will restore Rightful Liberty in days, if we move as one with serious intent.