Arizona is a thing... 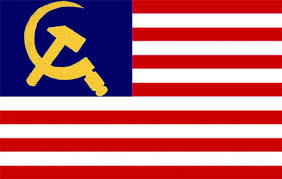 What is happening in Arizona is more than a political FU to Jan Brewer.  I still do not know exactly what is going on, but it is a serious thing.

I have mentioned for several years we would see a "ramping-up" of brazenness and hostility from the Enemies of Liberty through this summer and up to the elections.  Arizona is a bit of that "ramping-up", and it is telegraphing that the "Fundamental transformation of America" was never just routine political rhetoric.  It is for real.  It is happening.  It is big.  It is NOT simply some New Deal type of transformation.  It will continue to escalate through the election - and then they'll begin to go hard.

They mean to have a war.  They mean to change the very definition of the word "American".

Gentlemen, prepare to defend yourselves.